Heroes of Esperia is a special PvP event in AFK Arena! During the event, players need to fight against other players, get into the higher “ranks” for better rewards.

This guide is shared by whitesushii.

When building your formations, you must have a win-condition in mind. For players in the early game with a small hero pool, this should be as simple as to have your carry get an ultimate off while late game players should seek to get some form of synergy going. 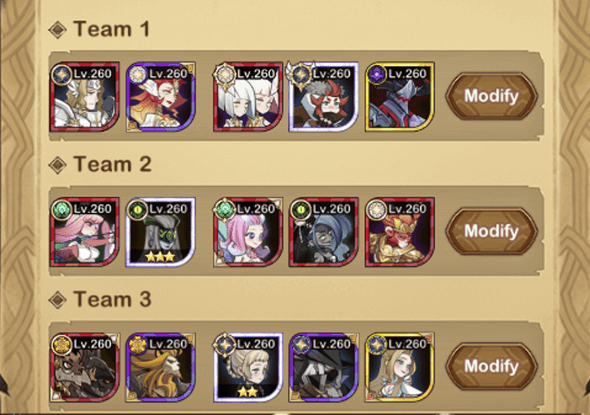 In my example above, my win-conditions are

Without a win-condition, you won’t be able to beat a lot of players even if your heroes are better ascended. Now in my case, I had a really strong synergy composition and a carry composition but a lot of you might find yourselves looking to run 2 carry compositions instead. In those cases, your goal should always be to have, on each team:

Below are some examples of how I would have built my teams if I had to rely solely on carry heroes (which applies to most people). 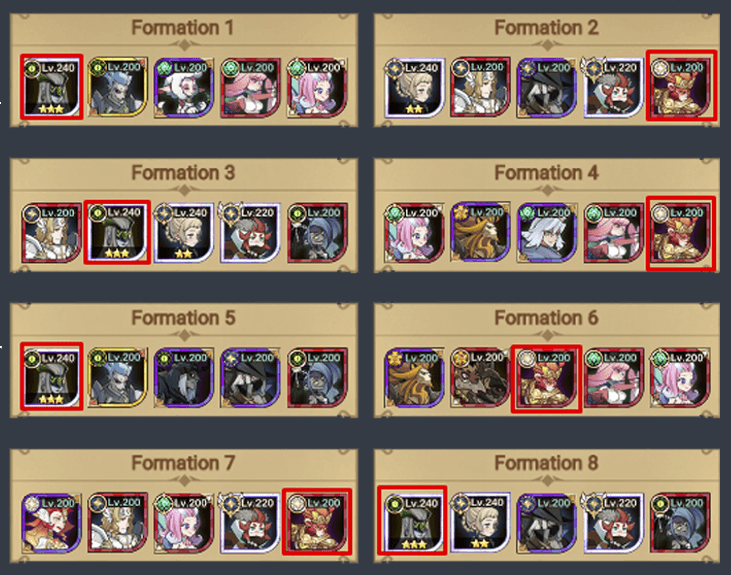 For you, this could be Shemira & Belinda, Shemira & Gwyneth, or some other combination of carries.

Another thing is the faction bonus. I aim to get at minimum a 3-2 setup but at most a 4-1 setup. Generally, 5-0 would be stronger but you are sacrificing the potential of splashing a strong unit in which case it’s not worth it Lastly, Tasi/Fawkes.

I always try to include them as one of the supports of every team. A lot of people early-mid rely on single carry comps and they are the best counter against them, easily disabling carries like Shemira while the rest of your team wins the 5v4

Attacking and Defending in Heroes of Esperia

Attackers have a significant advantage in this format.

As an attacker, not only can you pick and choose fights to take advantage of faction counters and power differences, you can also modify individual lineups for better Nara/Athalia positioning. Below, I have 2 generic opponents from Gold I with the top player giving 117 trophies and the bottom one giving 108 trophies. Without even needing to give this much thought, you should attack the bottom player since his formations are much easier with him having in-vested too deeply into one formation and leaving his other 2 vulnerable (hopefully you can spot which 2 are the weakest). 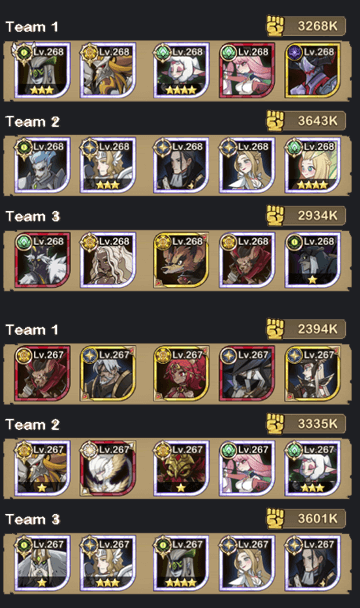 In this regard, attackers should look for.

On the flip side, if you are lazy like me, you want to pay more attention to your defense. What’s different in Heroes of Esperia from Legends’ Tournament is how a “First to Two” format is used here as opposed to the Test of Three” formation in LT.

As such, you want your 2 strongest teams on slots 1 & 2 rather than 2 & 3 so opponents can’t get a cheap win having to only beat one of your strong teams.

You also want to position carries away from the 4th position and have your own disruptive heroes in that position if possible since you not only avoid annoying heroes like Eironn, but also have the potential to disrupt people running him

Best Tips for Heroes of Esperia

What is Heroes of Esperia Event?

Heroes of Esperia is a new PvP game mode and designed with the league competition style.

Players challenge other players in the same league divisions.

When a player in the Legends league defeats another one who has a higher ranking, they will immediately swap their positions. Who have lower rankings will have the chance of getting defeated by players in the Masters league. 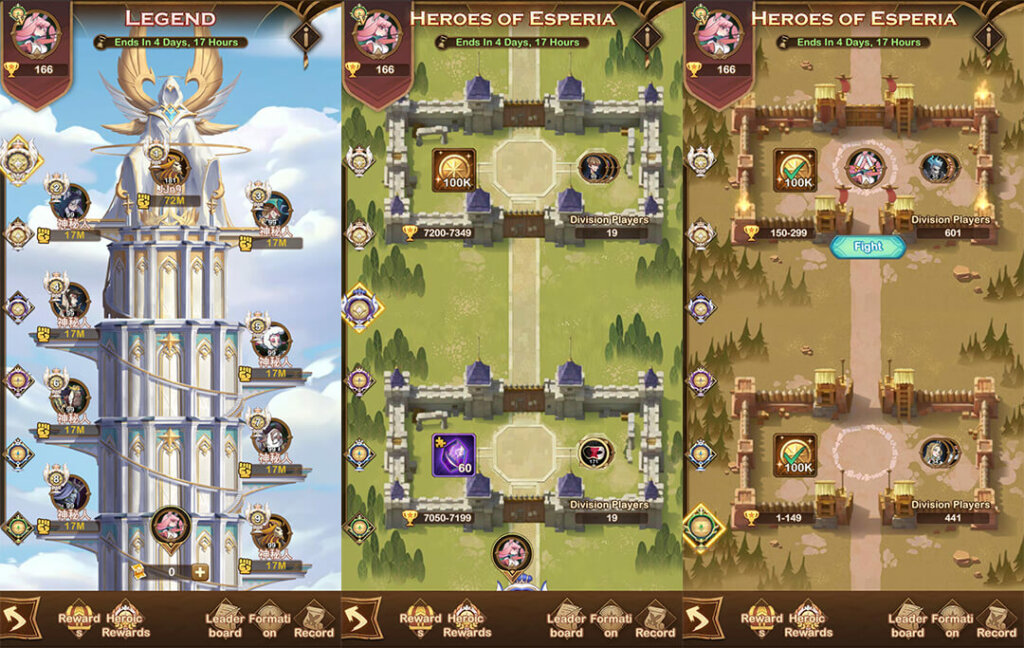 At the beginning of a new season, rankings are determined based on player combat ratings.

Each formation must contain at least one Hero. When getting into higher leagues, players will be required to submit more team formations for Best-of-three matches. To manage the formations, press the Formation button in the Heroes of Esperia screen.

At the end of the season, players in each league division will receive the corresponding rewards, containing Hero Soulstones and Honor Experience.

Honor Experience can be used to raise a player’s honor level and unlock rewards such as avatar frames, etc. as shown below: 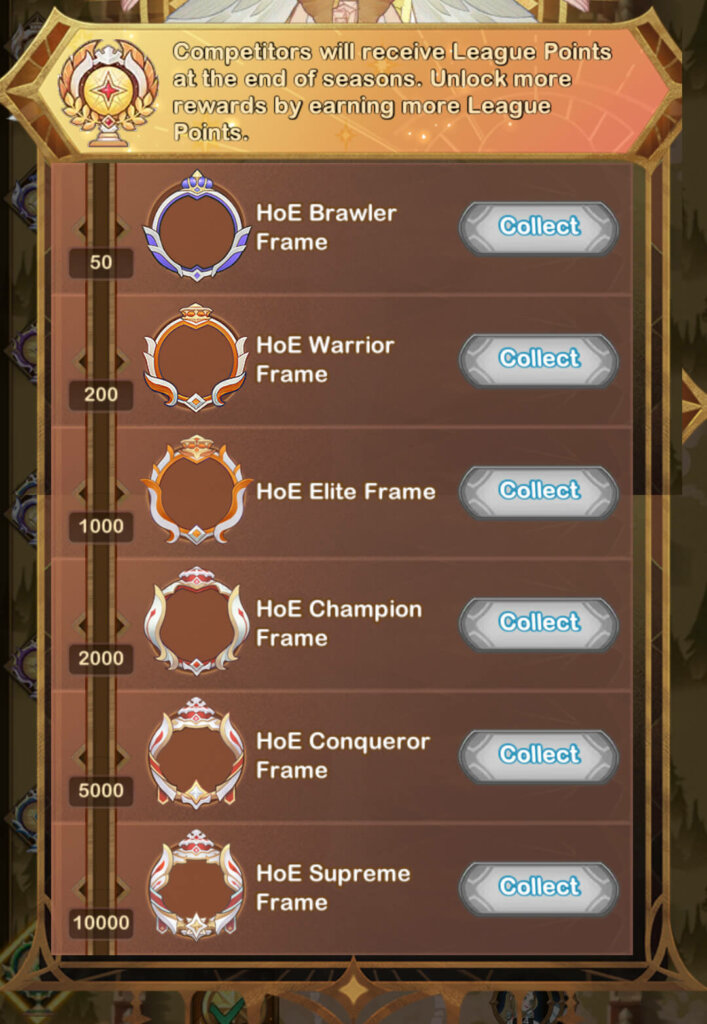 AFK.GUIDE is an AFK Arena fansite, and is not affiliated with Lilith Games in any way.