Let’s take a first look at the new Hypogean Hero in AKF Arena, Lucretia – The Betrayed. 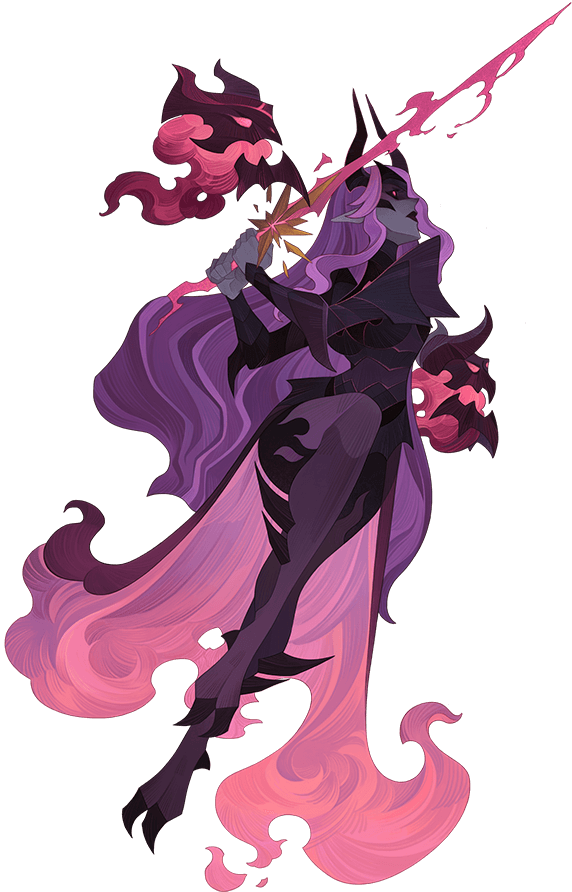 The first time Lucretia uses her Ultimate ability, she absorbs her two revolving skulls, absorbing their energy until the end of the battle.

After absorbing the skulls, Lucretia’s Life Leech and Energy Recovery rate is increased.

Afterward, each time she uses her Ultimate ability deals AoE damage to nearby enemies.

Flames encircle Lucretia dealing damage every 0.5 seconds to enemies in close proximity to her.

Enemies affected by Lucretia’s flames have their Defense Ratings decreased.

This ability can be stacked.

Lucretia marks the enemy that has dealt the highest total amount of damage and hunts them until their death.

While hunting down the enemy target, Lucretia receives less damage from the target.

If the enemy formation includes Zaphrael, Lucretia shall prioritize her attacks against Zaphrael above all other enemies.

When positioned on the frontline, the Skull of Treachery is activated, raising Lucretia’s Dodge and her Tenacity.

When positioned on the backline, the Skull of Destruction is activated, raising Lucretia’s Attack Speed by and her Crit Amplification.

The effects of both skulls are simultaneously activated after Lucretia uses her Ultimate ability for the first time.