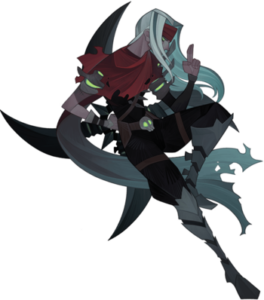 A strange creation. As much a tool for reaping as a weapon for fighting.

When any non-summoned allies which are within 20 levels of Kelthur’s own level are defeated, Kelthur’s attack rating will be increased by 20.