Complete list of the best AFK Arena Guild Hunting Teams (for both Wrizz and Soren). Using our recommended lineups below to defeat these Guild Bosses with ease! 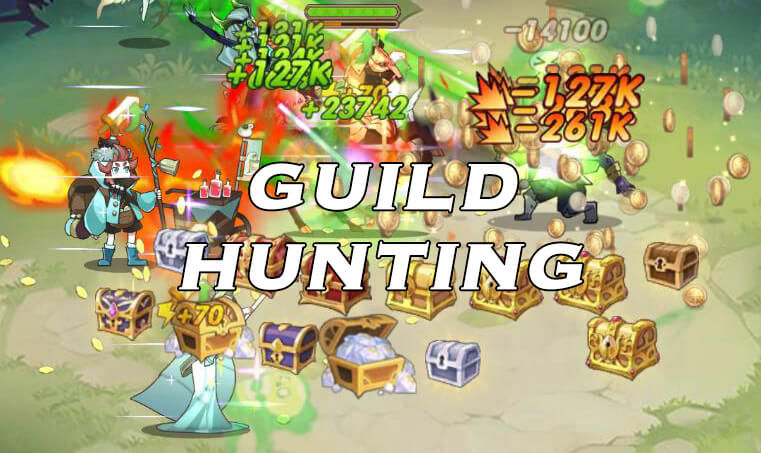 If you are looking for the best teams in general, see our Best AFK Arena Teams page.

Warek or Belinda cause the same Damage.

Quick disclaimer: This is not an exhaustive list of lineups and are in no particular order. I simply wanted to give players as many options as possible when it comes to dealing with both Guild bosses. The lineup at the top are also not necessarily the best for everyone since there’s no sure-fire way to test what is exactly the best since that will depend on the heroes you have. It is highly recommended that you give most of them a shot and also shuffle the positions a little to determine what’s the best for you for the heroes you have available

It is worth noting that for Soren, the player needs to turn Soren around such that his charm doesn’t hit the rest of his team. This is done automatically with Cecilia on the team but if you don’t have Cecilia on yours, you will need to cancel auto-play once Warek is positioned behind Soren (he moves using his ultimate). Also, you might notice every team here runs Twins. If you don’t have Twins, just pull a sup-port alternative from another lineup such as Lorsan, Rosaline, Cecilia, Rowan, Warek etc, whichever one is originally missing on yours. If you are lacking multiple heroes, you can consider poor substitutes such as Estrilda, Raine, Ezizh, Oden, etc. 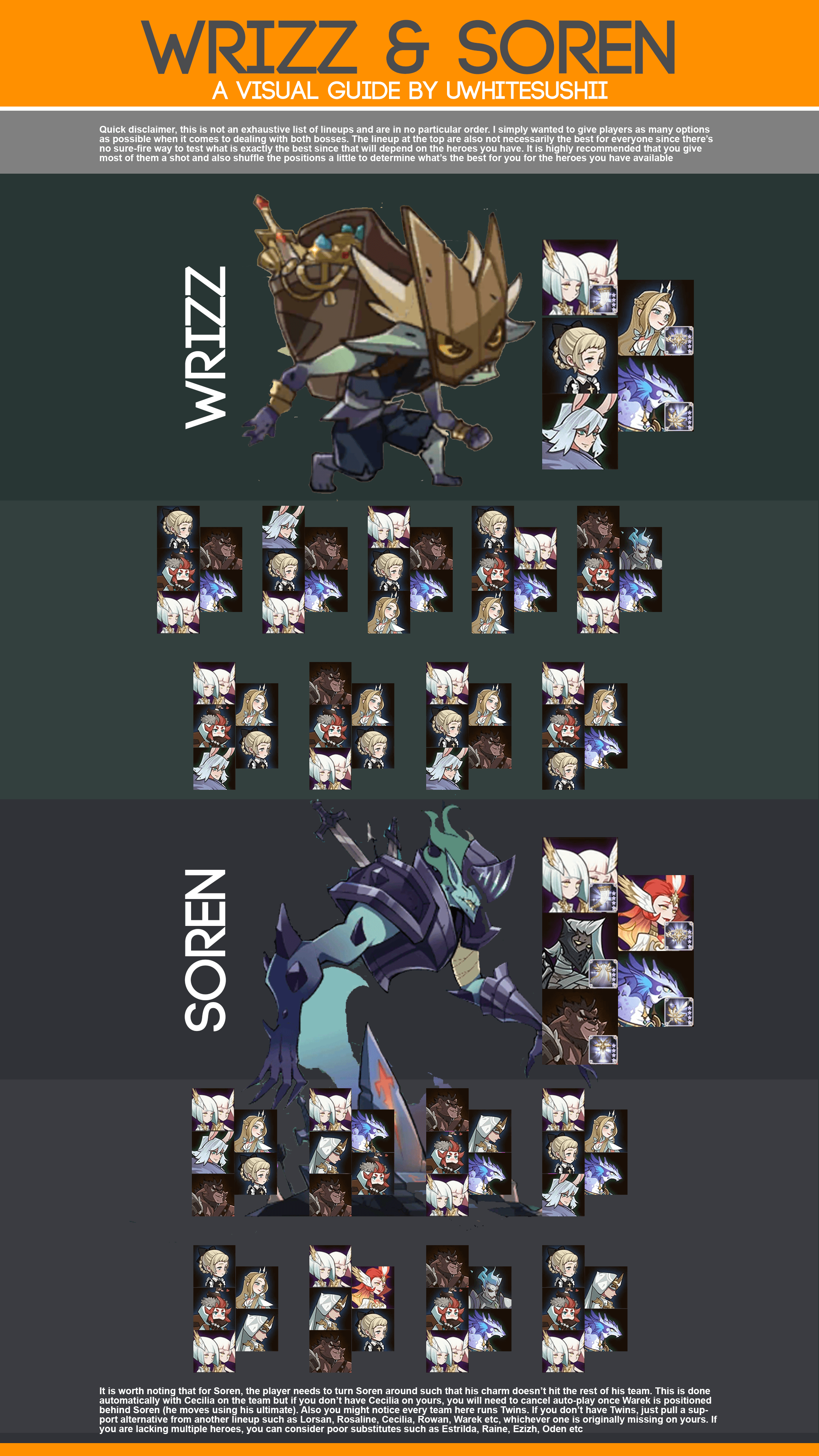 Have fun defeating Wrizz & Soren in the Guild Hunting!