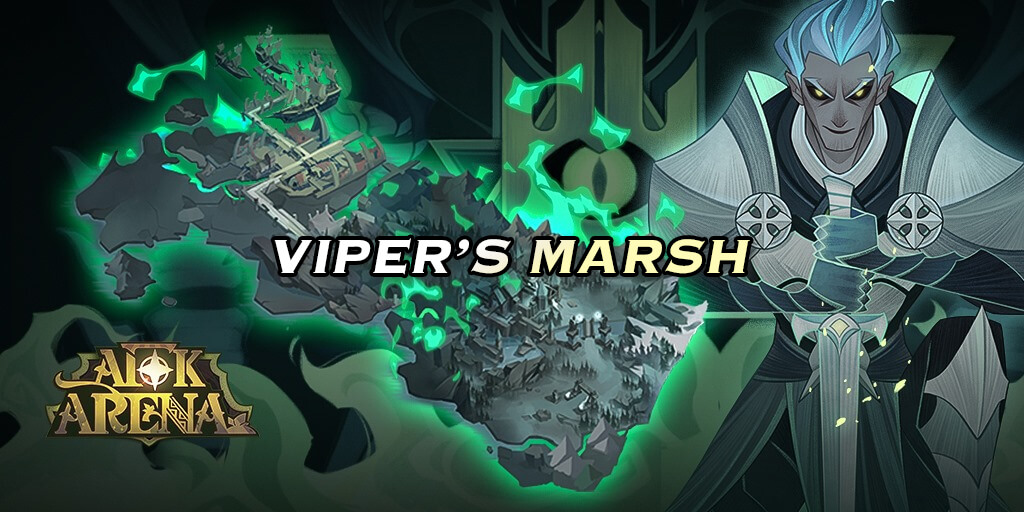 Viper’s Marsh (PoT 9) is actually be considered a hard chapter in Peaks of Time because it requires you to have a decent team power to defeat the enemies. So, no tricky move or any sneaky enemy here at all!

Tip: Trigger the control of the battle to Manual at the end of the battle so that you will not waste your Energy for the last enemy’s health. You will be able to cast your ultimate right at the beginning of the next battle.

The core for me for all the teams is the classic Lucius (160M)/Rowan (143L)/Rosaline (143E+) triplet, with Shemira (180M) in front (I included ascension levels in brackets but I am sure they are not all mandatory save for Shemira since you need her at minimum 161 and possibly Lucius as you need a good tank). I only unlocked the signature items for Shem & Lucius without spending more on them.

The last hero is a flexspot and the secret to taking all the three boss camps. (I used none of the mercenaries here by the way, they are not particularly good). For all boss battles my recommendation is to fight other weaker enemies first to boost up. The first two require you to go manual, so for all matches make sure you pop Rosa/Shemira ultimates whenever they are available. You want to end these matches FAST.

1) Lucius + Belinda – Start with this one, easiest by far.

5th Hero: Tasi (143L) – she was actually my 5th for the regular matches too so she was pretty much energized as we entered this battle.

Between Tasi’s and Rowan’s ultimate, they were pretty much stunned the whole match. Overpowered Shemira (don’t forget the artifact you get at the beginning doubles her damage in this battle) makes short work of them before either can ultimate.

I recommend going manual in case you want to stop Lucius with Rowan (or Tasi) just as he is about to ultimate by counter-ultimate mid-animation.

2) Brutus + Khasos – slightly trickier as they can deal quite a bit of damage. Make sure you have some defensive artifact here. You need to go manual here too.

Fawkes does double-duty here. Beginning of battle he coffins Khasos so you can fully focus on Brutus. I didn’t bother energizing him before the match but he still got energy fast enough.

Next pop Rowan’s ultimate to stun Brutus, and as it wears off, activate Lucius’.

Depending on your power level, Khasos may come back before Lucius activates his shield. Doesn’t matter.

As Lucius activated his shield, pop Fawkes’ ultimate. With your heroes focused on him, he should die instantly. From this point onward it doesn’t matter if your Fawkes dies. He served his purpose.

This leaves Khasos alone who should be no problemo against your power team.

3) Thoran + Grezhul – This one seems much more difficult than it actually is, assuming you use the correct 5th Hero. You can actually auto it, as there are no tricks involved.

With both heroes being super tanky, the only way I found to win this match fast enough was to amplify Shemira damage against them. The perfect hero is Lorsan.

First as the battle starts he will link the two heroes together. Damage on one causes damage to the other, so that’s only bonus damage. Next he puts the eye on one of the hero. This will make the heroes melt only faster thanks to Shemira’s ultimate.

From this point onward it’s auto time. Grezhul falls very fast and his skeletons are not that big of a deal. He got to ultimate once before I sent him back to the grave.

Thoran is a bit more annoying and will pop quite a few ultimates that can deal quite a bit of damage!!! Fingers crossed your Lucius survives. I actually had to reset once with this strategy and I had blue Praetorian Helm too for -10% damage on my team.

Good luck y’all, this is a fun map but nowhere near as difficult nowadays! 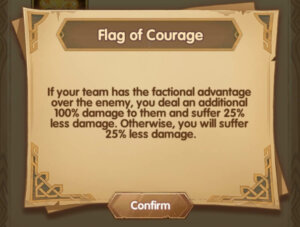 After you get the Relics, there will be 2 camps spawning nearby. Just fight the easier one, get a relic and fight the other.

Always try to make the most of the Flag of Courage relic.

Also, you want to focus on damage relics, but remember to collect at least 2 Relics for HP Regenerating. If you don’t have any better choice, pick Defense & Energy Recovery Relics. 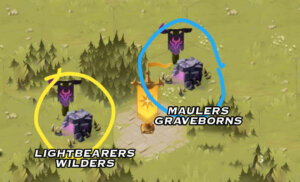 Next, move to the right and you will see another small camp there, like the screenshot below. Defeat this camp and collect the relic. It’s best to use Maulers here. The casual team works here too If you have obtained some great Relics. 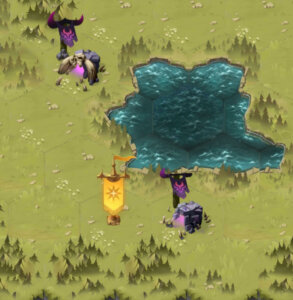 Just contact me via Discord Chen#1218 and I will guide you step-by-step. 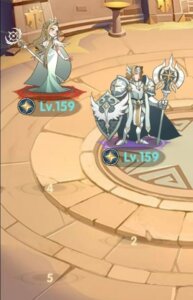 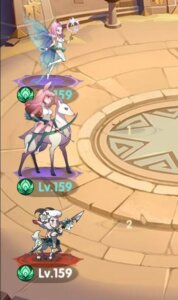 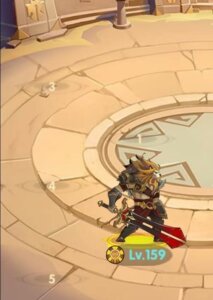 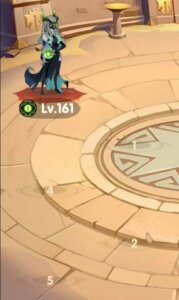 How to Deal with Overleveled Duo Camps 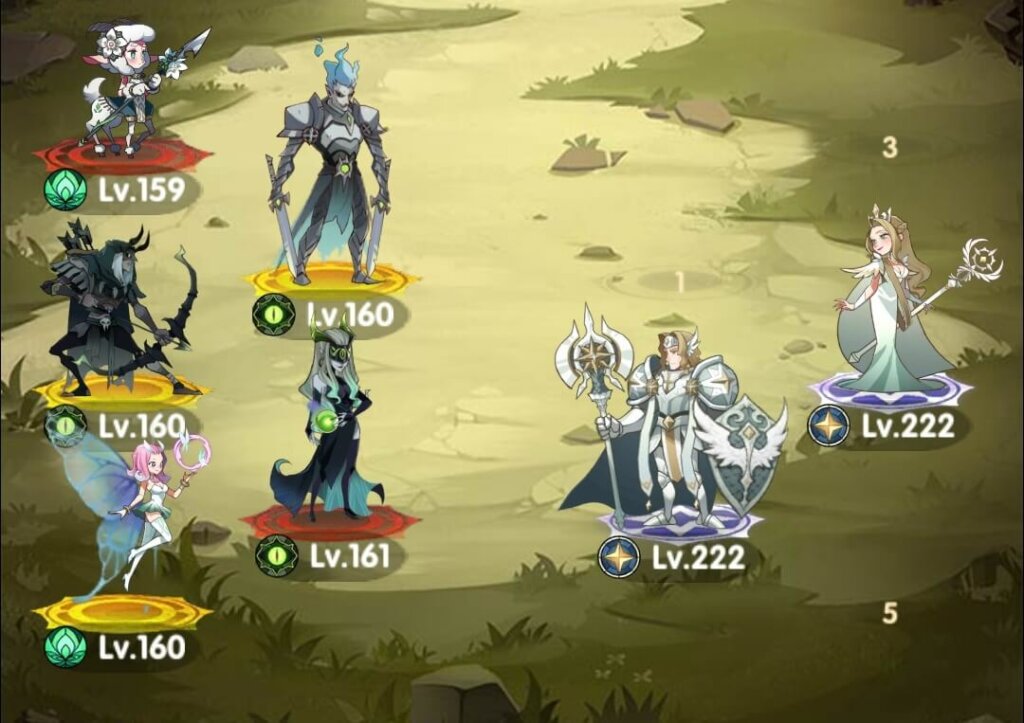 An example team to deal with Lucius + Belinda enemy team