What is Rickety Cart?

In AFK Arena, Rickety Cart is the place where you can require/destroy the unused Heroes and reset the Heroes you no longer use.

You can retire/destroy the common tier Heroes in AFK Arena using this feature. The only way to retire higher tier Heroes is to fodder them at the Temple of Ascension.

After retiring Heroes, they will disappear. All of the requires and items used on them will be returned back to player’s bag.

Retiring Heroes also gives players Hero Coins, which can be used to purchase items and specific Heroes in the Barracks Store. 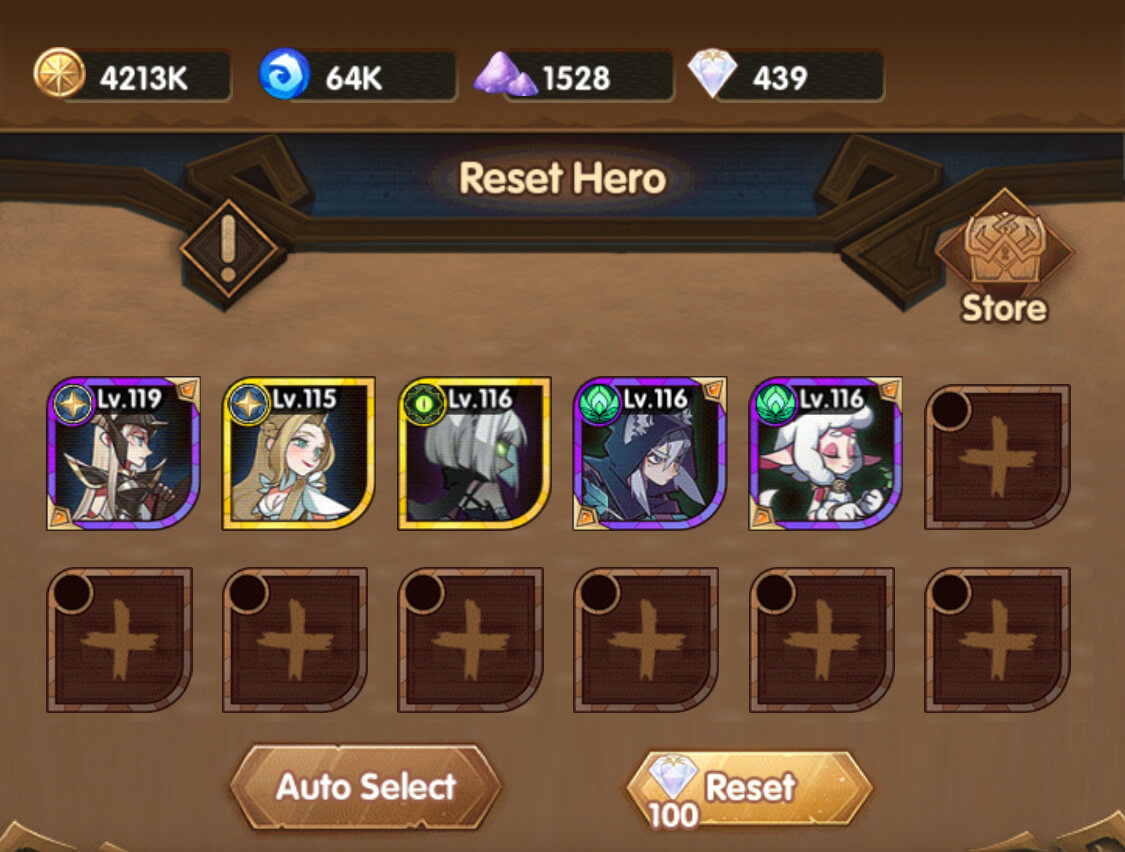 diamonds to reset a hero in return for resources.

After resetting heroé, their level will be reset and the gear used by this hero including all accumulated resources and experience will be given back to you! 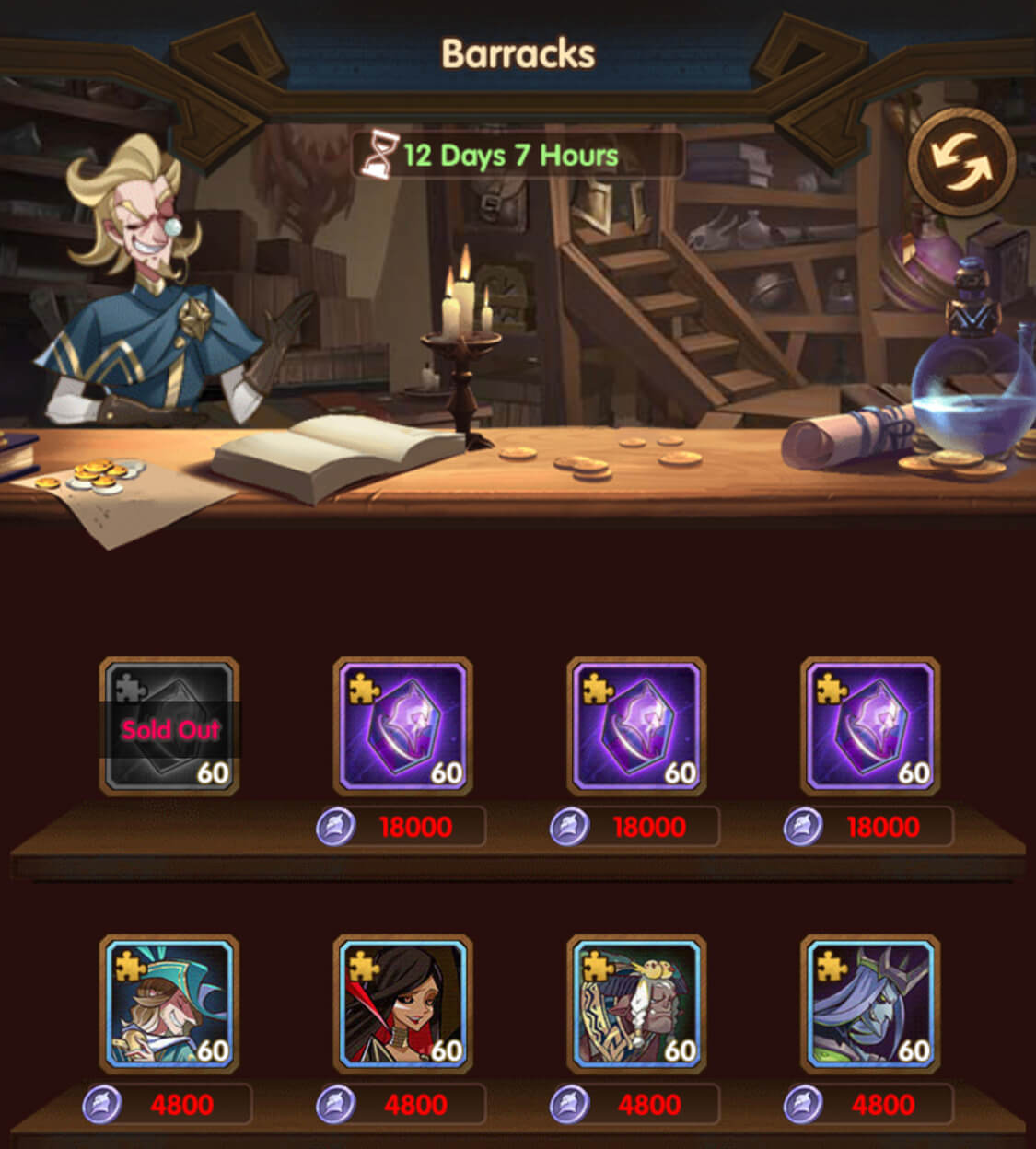 This is the exclusive Store of the Rickety Cart.

Here, you can purchase

Hero Soulstones and many Specific Heroes using the

To access to the Barracks, tap at the Store icon located at the top right on the screen.

A Rickety Cart, travel-worn and ramshackle. This convenient form of transport can be seen throughout Esperia. Countless thousands of hellos and goodbyes have been spoken on a rickety cart. In times of strife, when warriors would be forced to leave their loved ones behind and head off to faraway lands, they would leave small personal tokens behind on the carts, as a way to be remembered by others if they were unable to return home. If the warriors were unable to return home, the tokens would be returned back to their families in their stead, thus allowing their memory to live on.