Voyage of Wonders is one of the most interesting events in AFK Arena. Bringing a new fresh air into the game, Voyage of Wonders gives players tons of fun, tricky puzzles as well as a lot of valuable rewards while discovering different maps!

The latest Frozen Pass will be available soon in the official server in the upcoming week!

Note: To beat #28 and unlock the hidden path, put Vurk in your team! 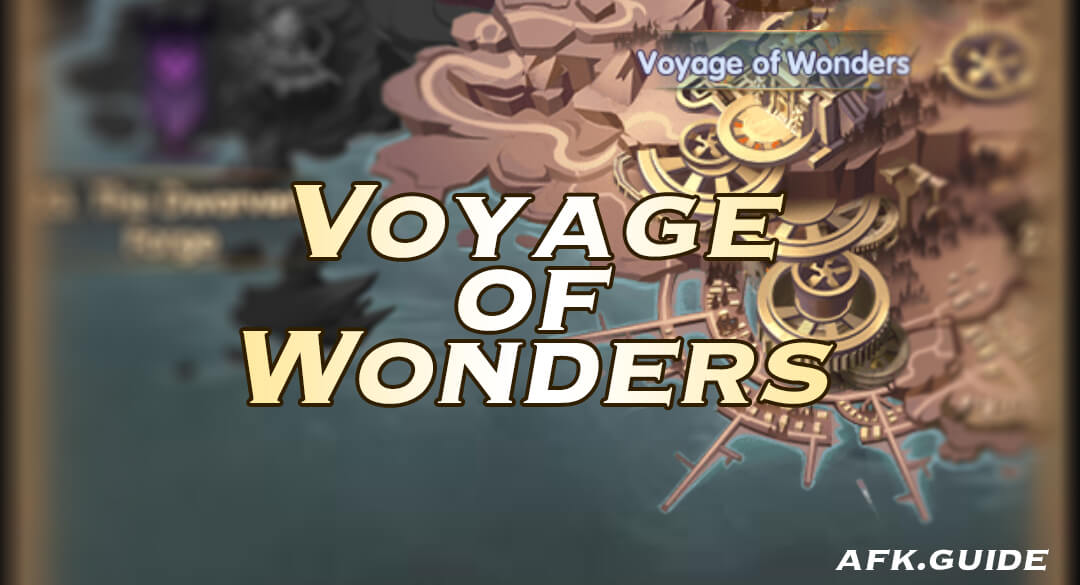 The gameplay of Voyage of Wonders is pretty similar to Peaks of Time as you take mini-adventures throughout the maps by solving puzzles, defeating the enemies, obtaining the relics (which make your team stronger) and eventually you will earn a lot of valuable rewards.

Voyage of Wonders Event lasts for 14 days. It will be closed for a few weeks before getting re-opened again. 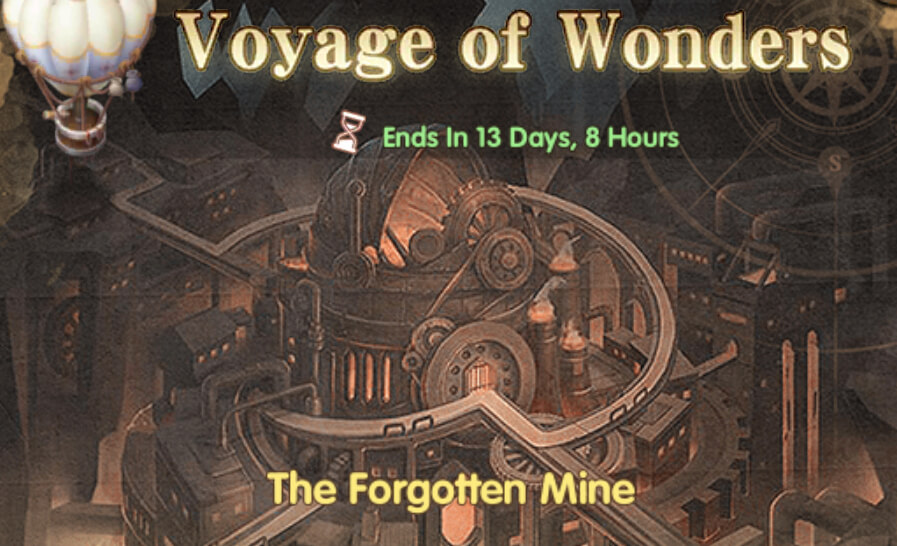 Note: To beat #28 and unlock the hidden path, put Vurk in your team! 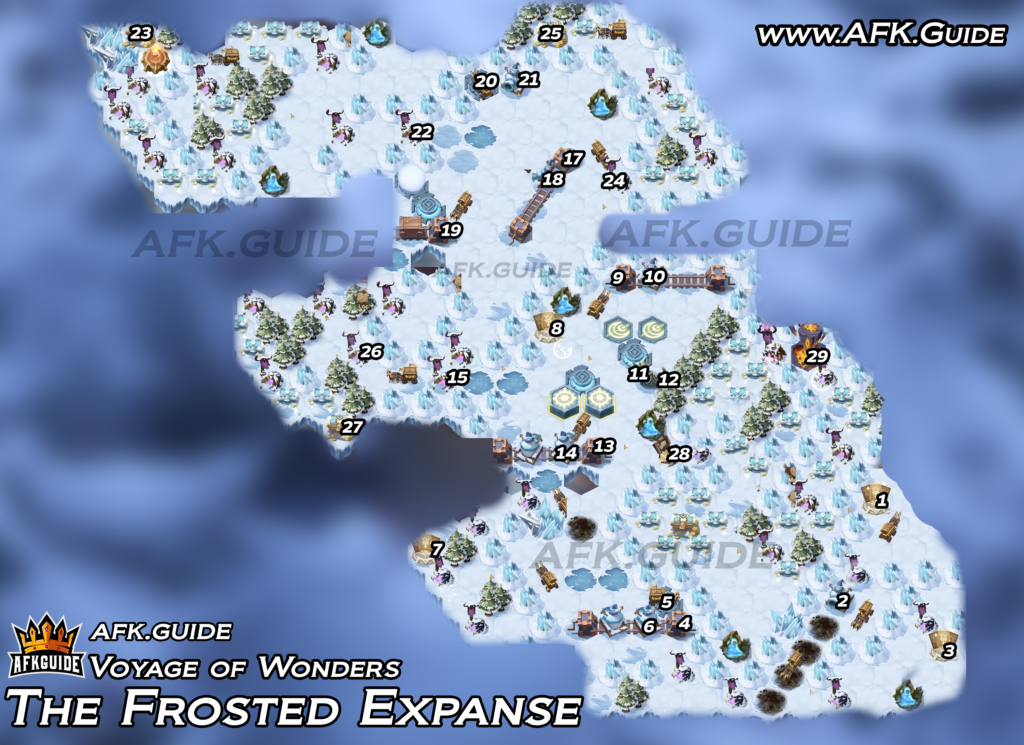 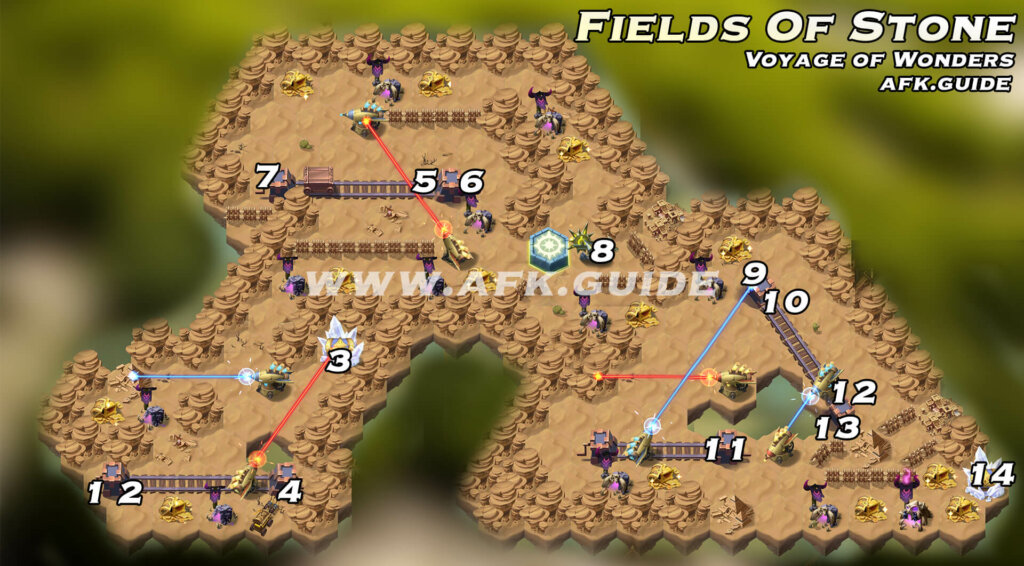 This map is pretty straight-forward. Move the laser around to open the paths.

The Forgotten Mine Map

The hardest parts of this map are all of the battles against Nara teams. Just do not fight them, because you just cannot defeat them.

Instead, use the Magic Turret to wipe them out with ease.

Below is the complete list of rewards you could earn from the latest Voyage of Wonders event.

The special card allows you to draw out an Elite hero from a specific Faction. 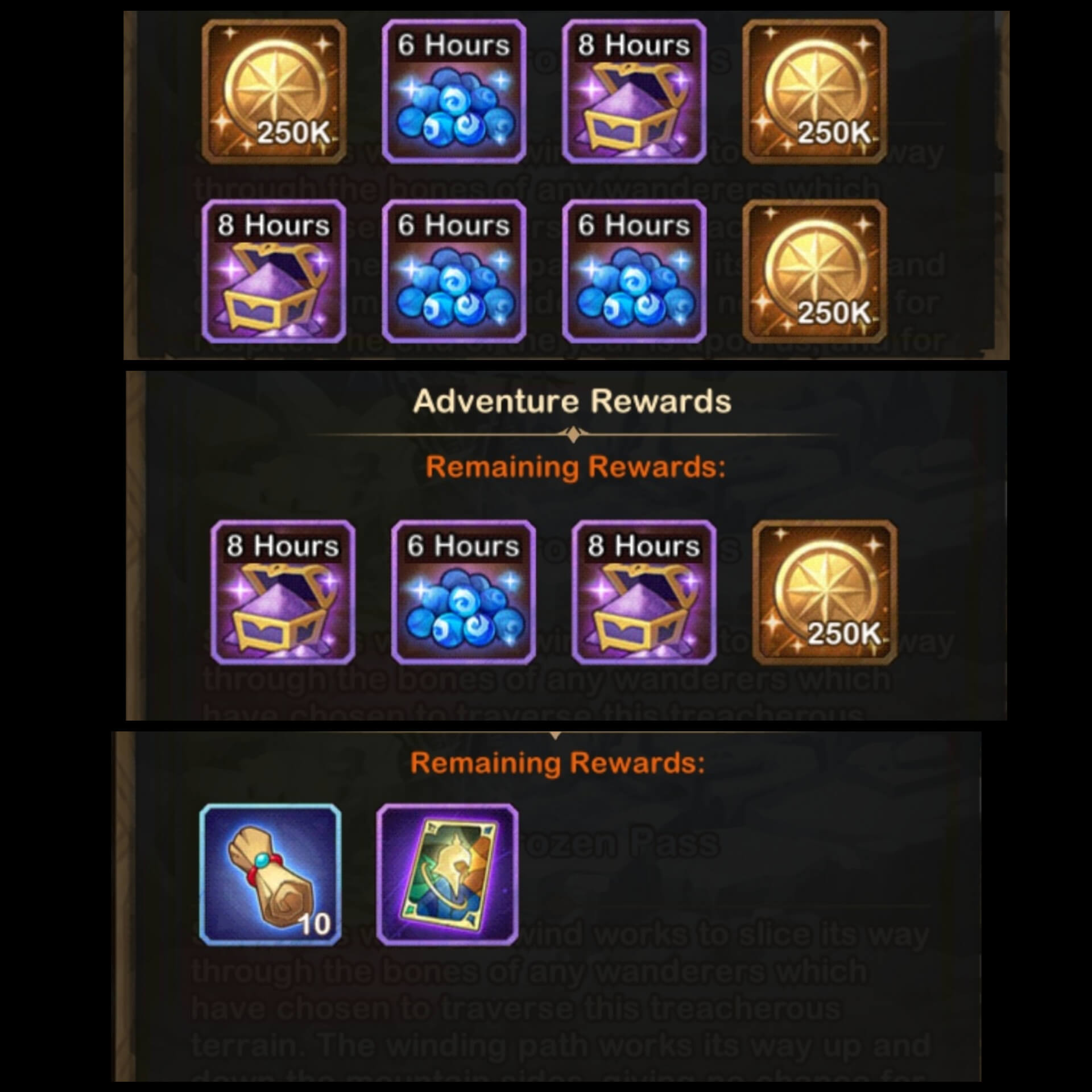 The Dwarves have long been refugees, forced into a nomadic lifestyle and wandering the land since the loss of their ancestral homes. For decades they have slept in caves, beneath trees and bushes, anything that would afford a bit of shelter. In the desert areas known as the Fields of Stone, most traces of the Dwarven civilization have been erased. All that remains are semi-operational pieces of scattered technology. Devices once used to protect the Dwarven lands now pose a serious threat to wanderers who enter the area. However, one old dwarf returns here year after year to scavenge. One never knows what kind of valuables one can pick up if they just concede to a little danger…

Fun Fact: The current spot of Voyage of Wonders was previously used for the building called Dura’s Trial. It was removed right before the global release of AFK Arena.

Top 10 Mechanics You Must Know

Thank you very much!

You can actually go to #17 from there hehe

Yep, I just substituted 17 for 16 and so on and it works great. Too bad I can’t actually beat it yet with my heroes but it’s a working solution. Just pointing it out for others no harm no foul 😀

Nice! You will do a lot better in the future. Good luck and have fun in the game!

When is the exact time of this event to be open again?

There isn’t any exact date for each time the event comes out. Be sure to bookmark this page to get the news as soon as possible!