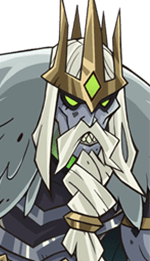 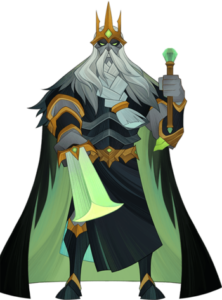 The royal symbol of a fallen king. Imbued with spite at the treachery he suffered.

Thoran cannot be killed during the initial focusing phase of his “Retaliation” ability.

Thoran is a tank who performs better against weaker opponents but can struggle to keep up with stronger enemies.