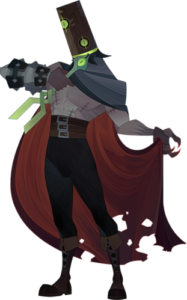 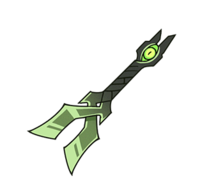 The key to the void. This unearthly object is capable of opening doors to the dark, unknown planes of existence.

Each time an enemy uses their ultimate ability against Oden, Oden will retaliate against them with his “Void Lightning” ability. Damage dealt is equal to 60% of the original ” Void Lightning: ability’s damage output.