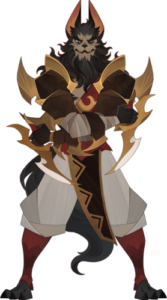 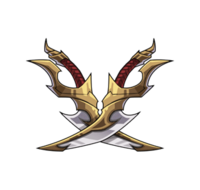 Two vicious-looking blades that have been the demise of many unfortunate gladiators. Crafted to perfection, they were built with only one intention in mind, death.

Reduces all damage that Tidus receives by 40% for the first 6 seconds after “Savagery” is used.