This is the most basic AFK Arena beginner’s guide you should read If you are new to the game.

I am trying to cover all of the most basic information and explain to them using the most basic words so that you can easily understand the game and enjoy playing it right from the beginning. 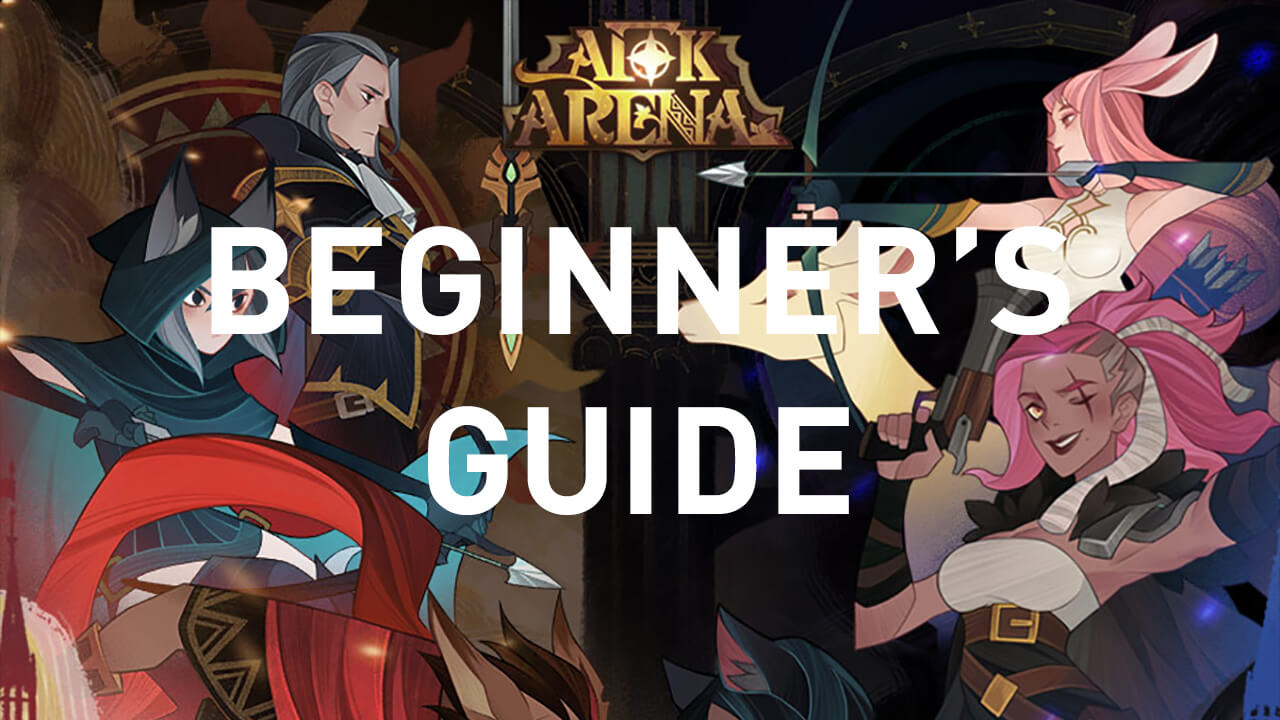 How Should I Play AFK Arena?

Just like its own name, the way to play and enjoy AFK Arena is very simple. You just need to AFK (away from keyboard), turn off the app itself and come back later to get the rewards, build your dream teams, get into the new campaign maps and keep going AFK.

Before going further, here are some basic slang words you could see everywhere in the AFK Arena world. I think it’s best to understand some of them first before reading the rest of this article. It helps you understand the guides easier! 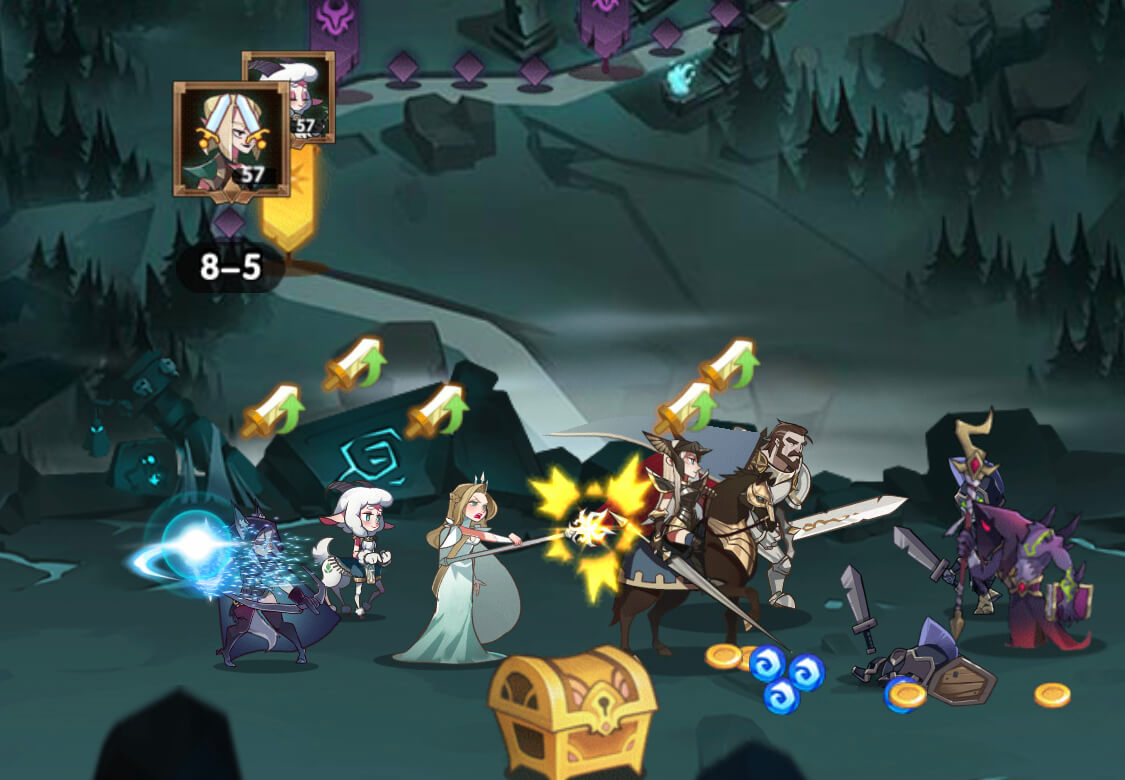 There are some Hero factions in the game.

This is the all-round faction as it has plenty of Heroes with different skill properties. Together, they can strengthen the other Lightbearers heroes effectively. However, since the Lightbearers Faction is too abundant, it does not fully focus on any role.

Normally you want to pair your Lightbearers with other Factions. However, using 5 Lightbearers Heroes at once is not a bad idea.

The Maulers are really dominating right now in AFK Arena as most of their core heroes could do a significant amount of damage as well as have great support skills. Thus, you can find so many super carry Heroes here such as Vurk, Brutus, Warek or Saveas.

In general, you could boost their potentials a lot by grouping them with the Wilders, the faction that has a lot of great supporters.

People love Wilders because they have a lot of notable Supports for so many team building compositions in the game. They can bring a perfect balance for almost all lineups, helping heroes from other Factions making the best of their owns.

Most of the time, you will not find any team of full Wilders Heroes viable. You always want to put them with Heroes from other Factions.

Their signature features: Getting stronger over time, life-stealing and game-stalling.

The Graveborn Faction doesn’t have many supporters. You almost always want to strengthen them with Supporters from other factions.

They are generally very strong but they are not for free-to-play players so I will not talk more about them here.

You will know more about them as you play the game. Just remember that they are not for new players or free players.

What is the Lineup?

The lineup is the team of 5 Heroes you use to participate in battles while playing AFK Arena.

Having a great team composition is the most crucial thing you want to achieve so that your team will have a great synergy as well as the aura buff following these rules:

The Celestial Heroes can join any other faction and work as either Lightbearers, Maulers, Wilders or Graveborns to activate the team auras.

The Hypogean Faction is very special. They can boost the power of the entire team based on the amount of Hypogean Heroes you have in the lineup:

This is your main progression in AFK Arena. This is where you gain Gold, XP, items and almost all stuff in the game.

Upgrade your gears when you are stuck.

Until you get Factional Mythic Gears, do not upgrade any gear past 3-star because it will take you tons of Gold eventually.

Keep some sets for each kind of gears because you usually want to change the team formation. Keep the gears for your main team and Heroes in the Resonating Crystal.

Gears have different types (Strength, Agility, Intelligence) and high-tier gears also have factions. Gears can only be equipped by Heroes which have the corresponding types and factions. 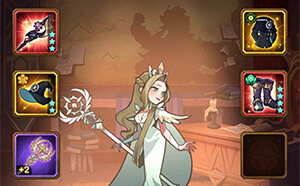 You get 1 free Fast Reward every day.

The Fast Reward gives 2 hours worth of campaign idling rewards. The next Fast Rewards cost 50 Diamonds each (not worth spending during the early game).

Fast Reward – Worth It?

This is because using Fast Reward gives you chances to get Mythic gears. It also gives you more Hero XP to level up your Heroes faster, helps you complete with Pay-to-win Players in the Arena easier. Higher-level Heroes also give you a better progression for Campaign/Chapter/Tower/Voyage etc.

It’s totally worth it to spend 50 Diamonds for

Check the Deals daily for free rewards. This actually helps you a lot in the long run. You will also get one extra bonus every week and every month.

If you want to spend some dollars in the game, your best picks are:

Those are the best bangs for your bucks. 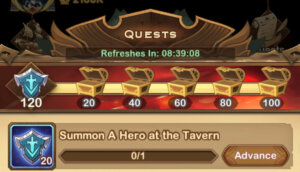 There are 3 kinds of Quests: Daily quests, weekly quests, and Campaign Quests. 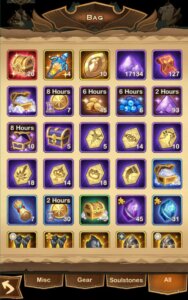 The bag is the place where you store all of your items.

Mail is where you get the messages from dev teams and other players. All of the rewards you receive will also be sent to your mail.

Check the Mail carefully and make sure you don’t miss the Soren from Team Hunting!

Friends are the great companions that will help you explore the AFK Arena world a lot easier.

Send and receive the companion points (

hearts) here. You can send max 30 hearts every day but can only receive 20 hearts at max. Having 100 hearts gives you 10x summons in the Noble Tavern.

Later in the game, once you have unlocked the Mercenaries feature, you can hire 3 specific Heroes from your friends to use in Campaign, King’s Tower and some other activities in-game, like the Lost Sigils for example. Note that you can only use the hired Heroes once per activity every week, so only use them when you are stuck!

This is where all of the top player names are mentioned.

For most people, this is the place where you get free Diamonds whenever someone achieve a huge milestone in the game. 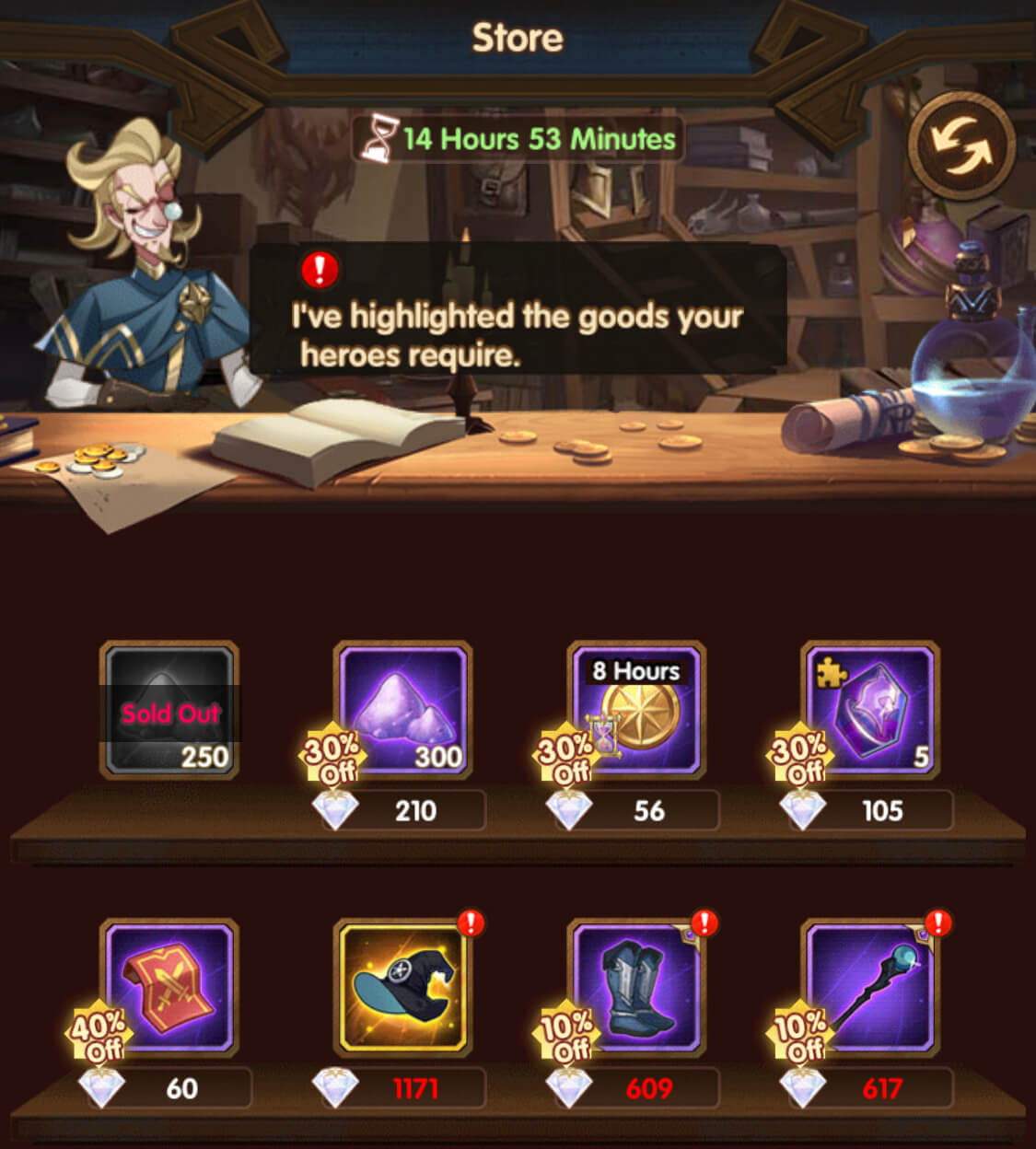 What to Buy in Stores?

The Store is located in Ranhorn. This is where you can purchase various kinds of items, from

Here are some of the items you would always want to purchase from the Store:

Guild Coins from Guild Hunting. Save your Guild Coins until you get Mythic items. Get the Gears for your main carry first.

Buy Only Mythic Gears after Campaign #12-1 and Mythic + Stones (after Campaign #21-1). The mythic item here is 40% cheaper than Labyrinth Store deals.

Save your Hero Coins and buy only Elite Heroes Soulstones. 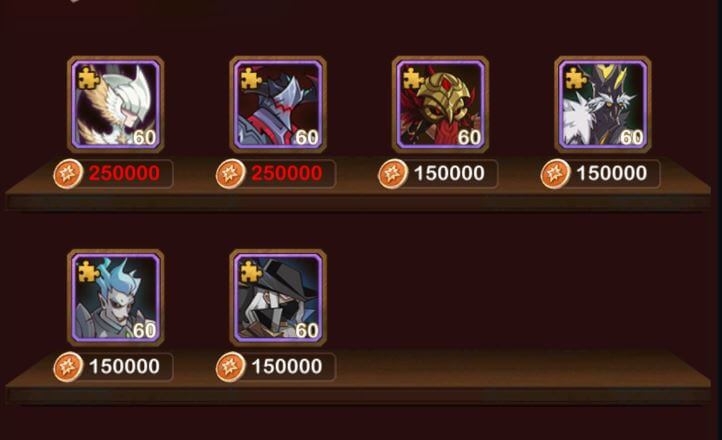 At the very beginning, buy the first 2

Lab Tokens. Do not buy Hero Essence here after this. Then, start buying Heroes in the Lab Store. Once you have enough copies of them to reach the A0 Ascended, get the next Heroes on the list below.

You should always focus on Shemira first because she is simply best at boosting your game progression during early-mid game. You will get more resources and rewards than everyone else who is not using her.

You want to focus on Nemora/Khasos next because

This unlocks after Campaign 9-20. Farm your Challenger Coins to 500k first before making the decision on how to use your Coins.

Most new players will get Athalia right away but in my opinion, it’s best to get Grezhul/Fawkes first even though Athalia is one of the best Heroes in the game.

Fawkes and Grezhul are both great in PvP + PvE.

You shouldn’t get Athalia so soon If you are Free-to-Play. Your best bet is to get as many Heroes as you can to the A0 Ascended tier.

Also, I don’t recommend getting Ulmus or Numisu here because they are not useful in Tower & Chapter Progression. It’s hard to synergize them with other Heroes in AFK Arena. Ulmus is, of course, a reliable tank but you generally want to spend fodders for other Heroes like Tasi, Nemora, Lyca, Eironn, etc. It would take a very long time to Ulmus’s turn. 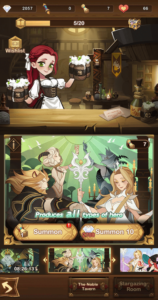 The Notable Tavern is where you can spend your

Companion Points to summon the Heroes.

Important Tips for The Noble Tavern:

Check out The Notable Tavern article for more details about Hero Droprate and more!

What is the Guild?

Take a look at this article to read more about Guild: AFK Arena Guild. 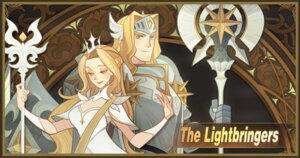 Check this article our for more details: Library Unions 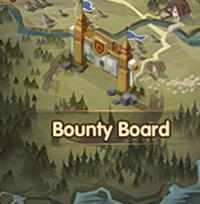 Send your Heroes to complete different tasks and collect plenty of valuable rewards. Don’t worry, you can still use your Heroes when they are doing Quests. 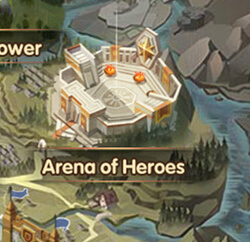 PvP based place. Fight against other players to get a position on the leaderboard & get the rewards every day.

There is an easy trick for betting:

This feature unlocks after Chapter 9-20. This is a milestone of the game so try to rush to this stage as soon as possible.

Farming Challenger Coins in the Legend’s Challenger Tournament helps you buy a lot of top-tier Heroes with ease.

Focus on building up 2 strong teams from the beginning until the very late game. This is because you have to win 2 out of 3 battles to win the whole match. Thus, it is totally pointless to split your strongest Heroes into 3 teams.

Every day, you have a few free attacks. Make the most of them and get into a better position. The better position makes a significant difference in the long run.

Always try to get into a higher position.

This one is very similar to Peaks of Time. The difficulty of Voyage of Wonders is determined based on your game progress so that everyone can have fun. 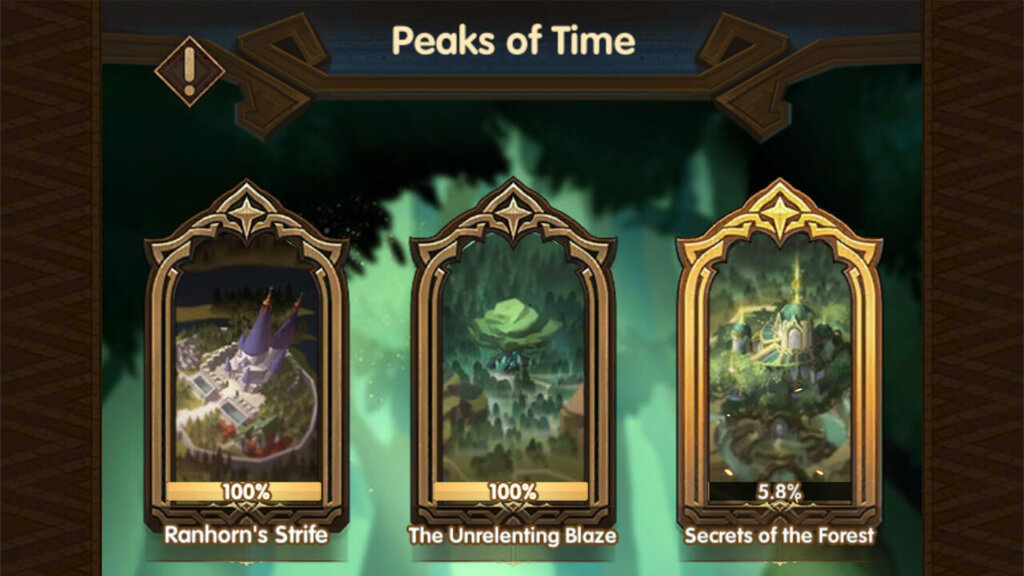 Just complete all of the missions as soon as possible whenever you are able to. Peaks of Times gives you tons of powerful gears & rewards that will definitely help you a lot in the long run. 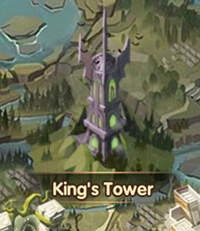 Complete the highest possible level as you can. When you hit Chapter 14-40, the Faction Tower gets unlocked.

On Sunday, try to hire the best Heroes from your Friends because you can use them once in each Faction Tower and in the King’s Tower. 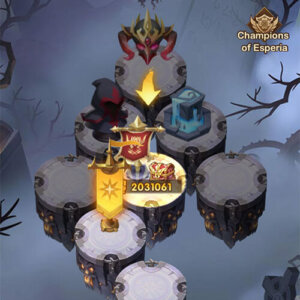 Useful Trick: If you go to the Rickety Cart and reset a Hero that was in the pentagram before, the rarest Hero in your bag will take the place. If that Hero is in the crystal, it will not trigger the 24hr timer. 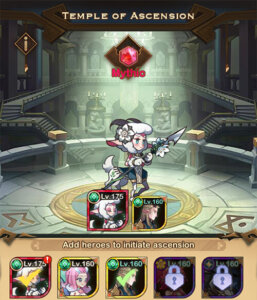 Keep all of the resources you have in the bad until the last moment. Use them one by one until the chapter 22+. This is because the rewards you could get from those are based on your current highest stage. The higher stage you are at, the more rewards you get when opening Reward Chests, Hourglasses, Piles of Essence, Emblems, etc.

You can open the Soulstones and Arena Tickets whenever you want.

You don’t need to upgrade any gear below Mythic, it’s north worth it to do that. Save those gears to enhance your Mythic gears later on in the game. New players waste tons of Gold for upgrading low-tier Gears during the early game. 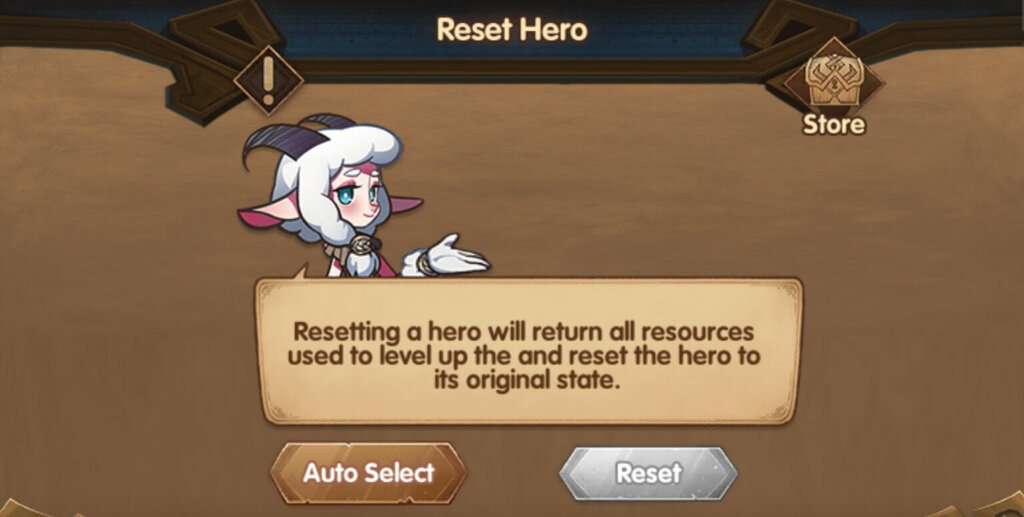 This is where you can reset any hero you want back to level 1 and destroy all of the common Heroes that are not being used, in exchange for the

Hero Coins, which is used to purchase items and Heroes in the Barracks.

Tip: It’s best to spend your

Top 10 Mechanics You Must Know