This is a small trick that I usually use to obtain Mythic Gears in AFK Arena without spending a dime. I believe that a lot of players have been also using this method for months now.

And this is how to do it! 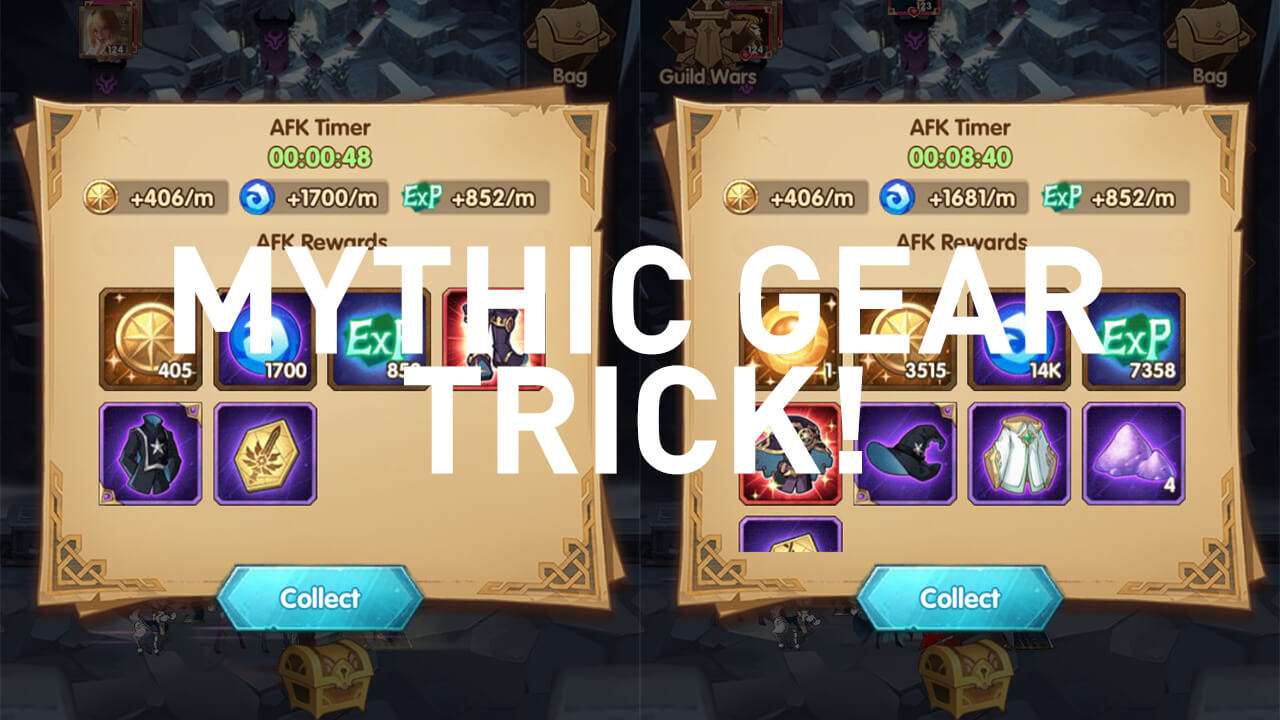 After defeating Chapter 16-11, use this trick to get free Mythic item & Upgrade Stone (stage 21+). 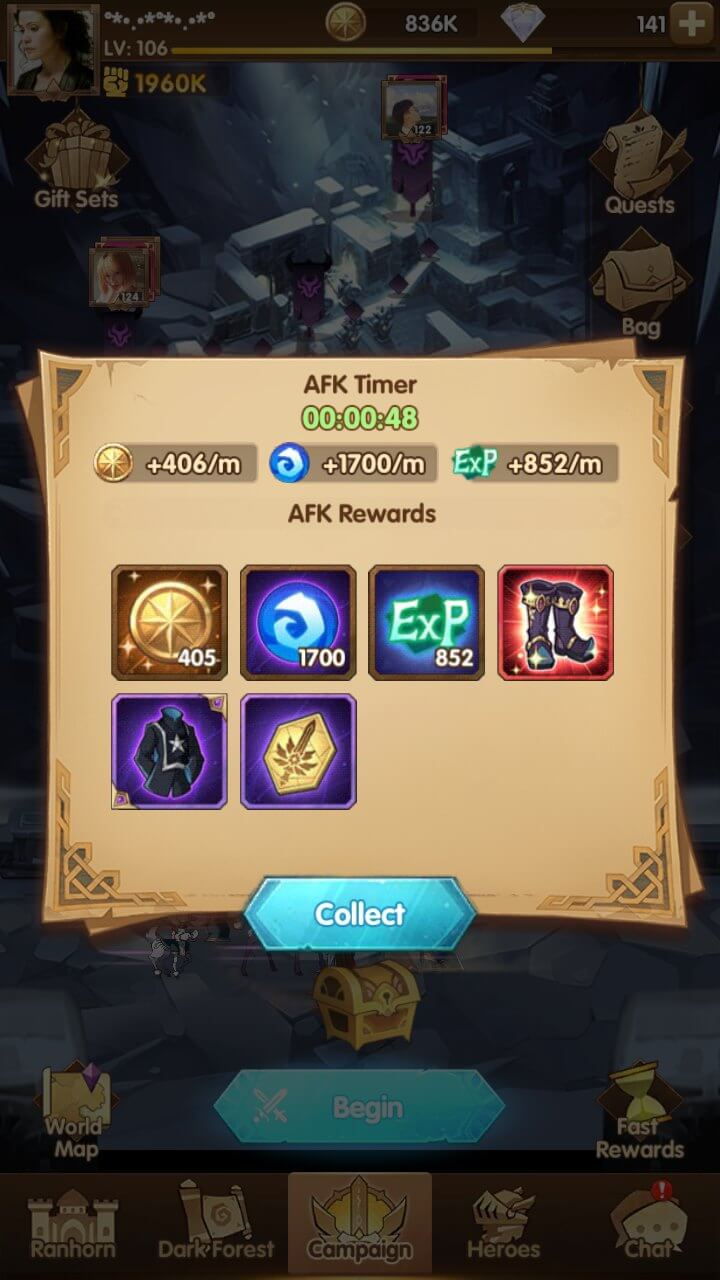 Quick Explanation to Get Mythic Gears in AFK Arena

As you all know, once you have passed Stage 16-11, there is a small chance you could get Mythic items from the AFK Campaign maps. The drop rate is normally extremely low, however, there is a simple trick to increase it by a lot.

Usually, when you are getting stuck at a specific map for a long time, Lilithgames secretly increases the drop rate of Mythic Gears significantly right after you defeat a hard map.

To take advantage of this, just pretend you are having a really hard time by not getting into a new map for about 2.5-3 days. After that, clear that map, go AFK for a couple of hours then come back to collect the loot. You will see that red gear!

Players can also use this trick to get T1 & T2 Stones for ascending Mythic gears from Stage 21!

When you beat a stage, a timer starts counting (See the timeline below).

By not beating a stage for X amount of time, the game will offer better rewards for beating it subsequently (pity timer).

The value of X varies depending on your stage progress as well as the reward you are going for, usually, 2 – 4 days. If you take too long, and fall into Y range, the game will give you the normal rewards for beating the stage.

I’ve personally found the in-between duration for X and Y to be around 6 hours but I highly recommend clearing under 3.

However, if you wait out the Y period as well, you can now claim the better rewards without even clearing the stage. Again, this is dependent on your stage progression but X+Gap+Y can add up to 6 – 7 days.

When done correctly, you can expect a random Mythic Gear and Upgrade Stone depending on the amount of time you waited for X and stage progression (Do note that the gear can be factionless which is again, pretty bad).

Since X and Y values can vary, I recommend using this spreadsheet (shared by mrpanafonic). It helps you track the time needed for the various rewards based on input stage progress. So far, I have had 100% success with it.

But when should you do this? I mean aren’t you slowing down stage progress waiting?

This is a common misconception made by people not doing “Mythic Trick” efficiently. Many believe the player would only clear 1 stage every 3 days doing this, thus slowing down progress. However, it is possible to progress just slightly slower, if not potentially faster than someone who isn’t doing the trick.

The idea is to make as much progress as the non “Mythic Trick” player would in a single day after obtaining your Mythic Gear rather than evenly every day. You don’t lose out much XP-wise due to the small stage differences over a short period of time so theoretically you should be able to progress just as much if not slightly less.

The player would naturally get stuck anyway and especially so at later stages where progression is a lot slower. In fact, you could potentially be faster if you luck out with a good piece of Mythic gear boosting your progression.

I Don’t Believe You! Prove It!

I have tested this trick a lot of time and been still using it for all of my accounts.

It’s not a theory. It has been tested and proven.