Your moves in The Burning Woods Map (Peaks of Time 13) don’t actually matter. You still need to do it at least twice times in order to clear off this AFK Arena Peaks of Time map. 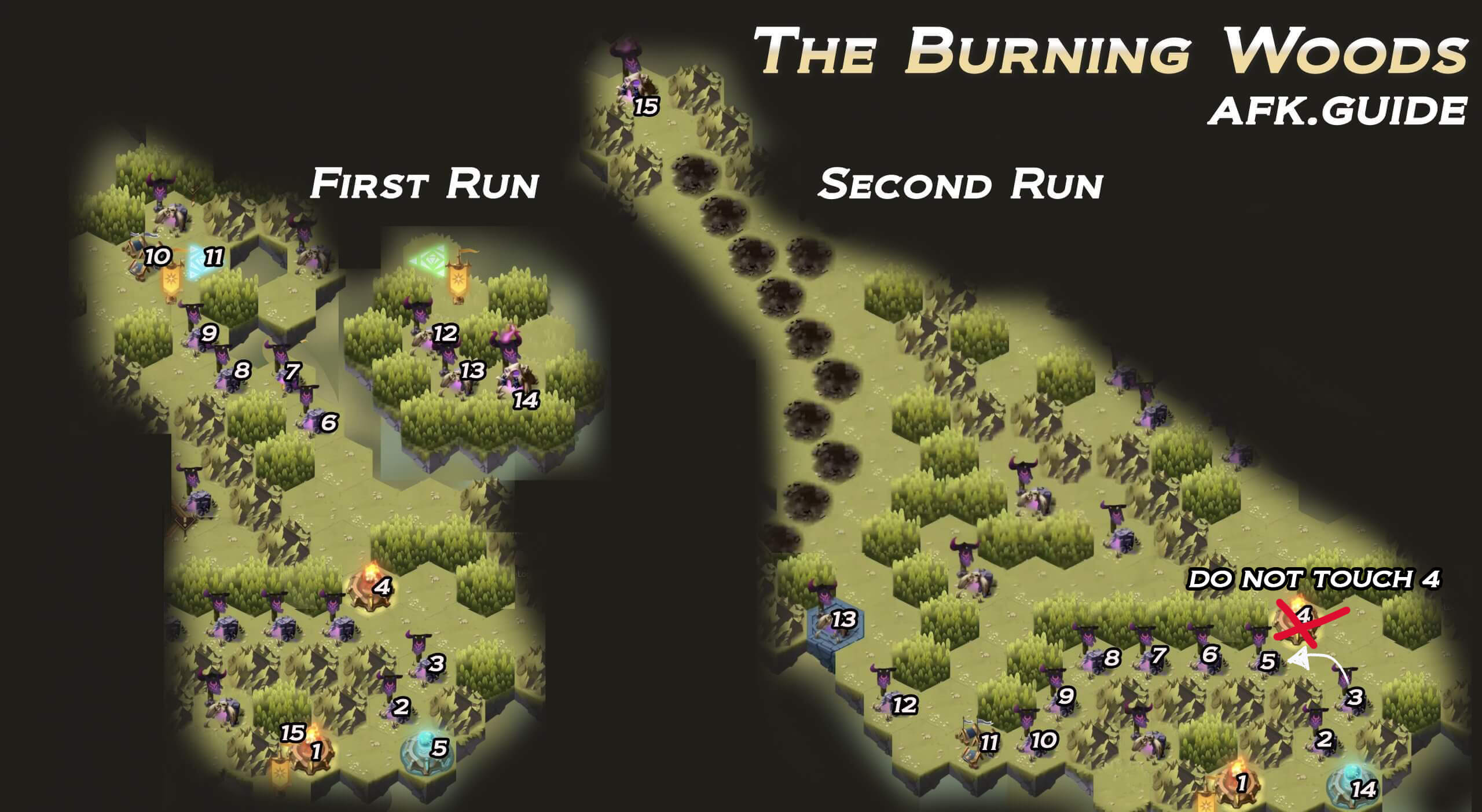 Defeat the enemies and receive tons of valuable rewards: 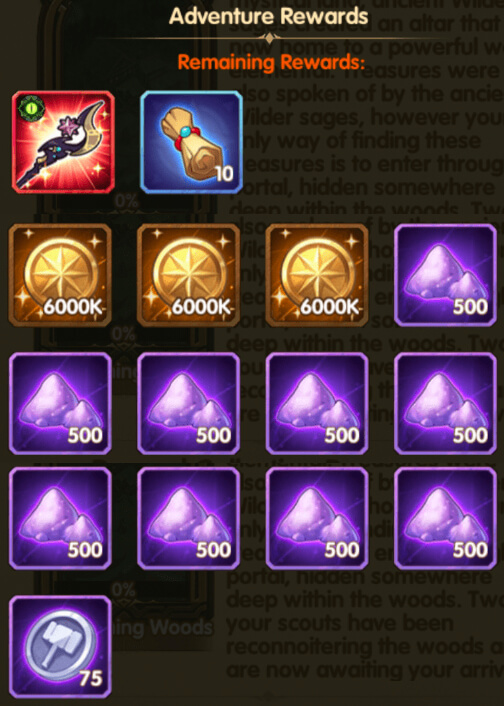 You can also check out the video guide below for more details.

Other Peaks of Time Chapters

This tutorial is parcially wrong.
In the second run, you shouldn’t do the step 4 of the image. Just skip it, and the everything else will be fine.

I will take a look at it. Thank you very much bud!

How Can beat First run boss they power 8000

If you don’t have enough power yet, I am so sorry but I think you need to wait for a little bit until your team gets stronger!