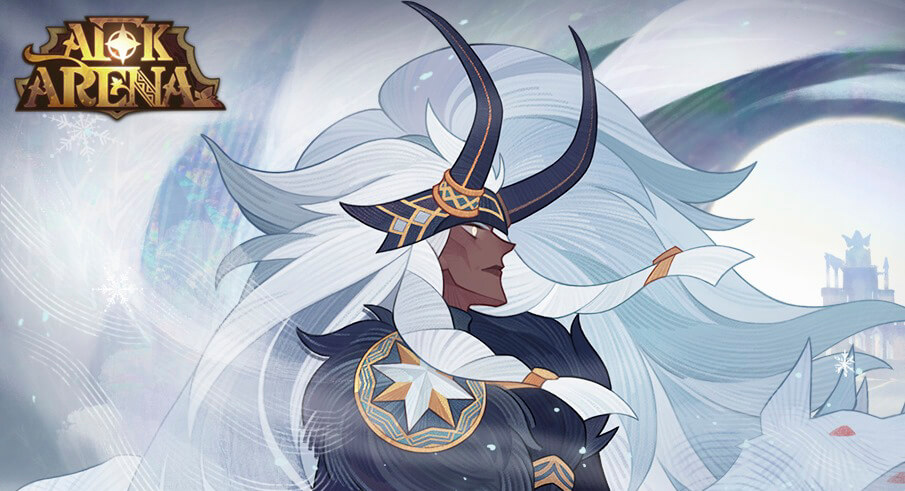 Everything you want to know regarding Alna – The Frozen Mother in AFK Arena! 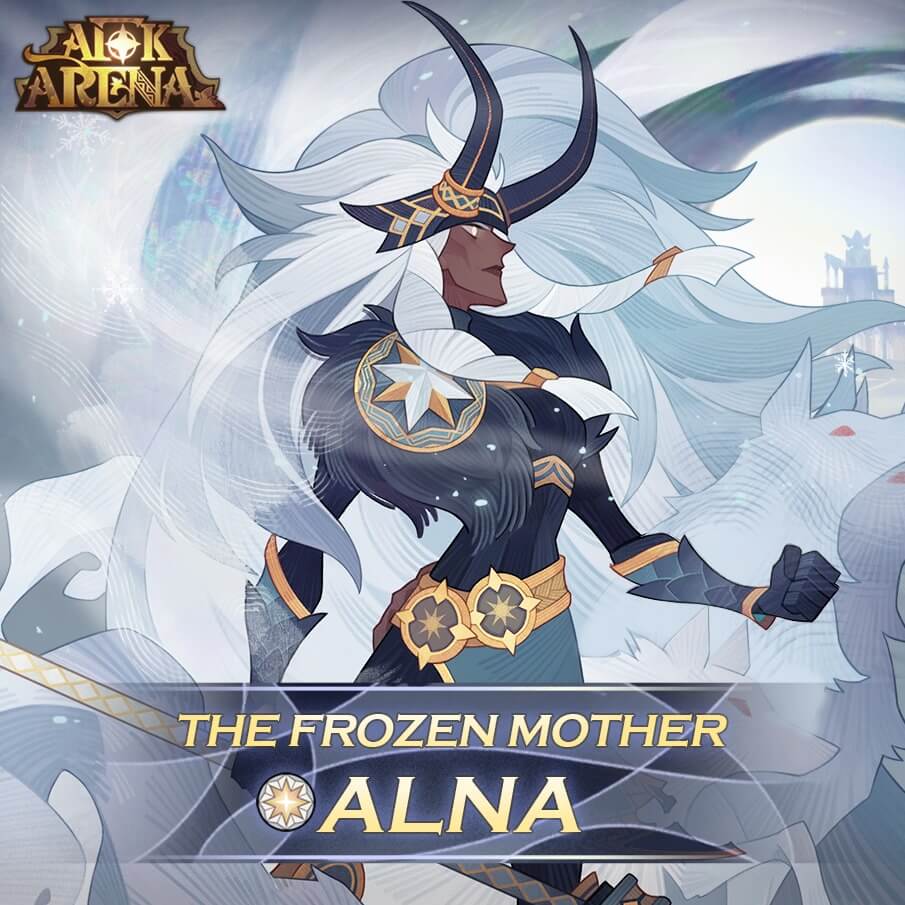 Passive: All characters on the battle (including allies) have their Haste reduced by 40 points.

Active: Alna calls down a blizzard upon all enemies, dealing 340% damage to them, causing any Haste reductions to be multiplied by 2 times over 12 seconds, also nullifying any Haste buffs that are received during this time. The effects of this ability cannot be affected by any other abilities.

Alna thrusts her spear into an enemy target, dealing damage equal to 10% of their max health. Damage dealt cannot exceed 521 % of Alna’s own Attack Rating.

Alna uses her spear to swipe at nearby enemies, dealing 200% damage to them, also reducing their Haste by 20 points for 5 seconds. Each use of this ability increases the number of attacks that are dealt, up until a maximum of 3 attacks are reached. This ability’s Haste reduction effect may be stacked multiple times.

Alna calls upon the frigid wind to encircle herself and disrupt her enemies. Alna is immune to damage and control abilities for 7 seconds and nearby enemies will have their Dodge reduced by 280 points.

During battles, when Alna suffers damage, she gradually recovers 50% of the health which was lost over the next 15 seconds.

3/3 Ability: When placed on the frontline, damage dealt by the other frontline ally causes enemy targets to lose 5 Haste points for 30 seconds. This ability cannot be stacked.

9/9 Ability: When placed on the frontline, the effects of the ability “Winter’s Call” also take effect for her other frontline ally.