Zolrath is going to be released soon in AFK Arena along with the patch 1.24. Let’s take a quick look at him and see what he can actually do ;). 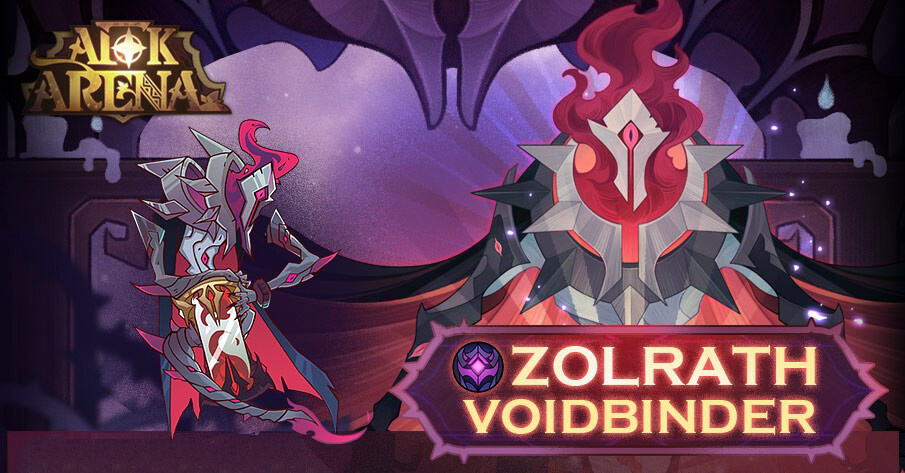 Zolrath expends 200 energy to open a time rift. Once inside the time rift, Zolrath will continuously lose 130 energy points per second while he recovers 7% of his max health. When Zolrath’s energy is exhausted, his health is fully recovered or the ability is used again, Zolrath will reappear from the time rift and attack the weakest enemy target for 260% damage. This ability may be used even if Zolrath is being controlled by an enemy ability.

Zolrath and his future self deal 50% damage multiple times to an enemy. The final two attacks on the enemy deal 170% damage each to any enemy in the attack’s path. While using this ability the two Zolrath’s cannot be controlled, however both can receive damage.

When Zolrath is on the brink of death and all of his allies are already dead, Zolrath will turn back time, causing the battle to be reverted back to its start. Zolrath will maintain the effects of his “Annihilate” ability even after the battle has been reverted. This ability may only be used once per battle and can only be used in certain game modes.

Copyright © 2019. All rights reserved.
AFK.GUIDE is an AFK Arena fansite. It is not affiliated with Lilith Games in any way.
Download & Play AFK Arena on PC & MacDownload
wpDiscuz