The Elder Tree is the place where you can increase the stats and unlock new skills/abilities for each specific class in AFK Arena.

As you level up the Elter Tree, all of the Heroes linked to the tree will be powered up. Special skills for different hero classes will also get unlocked.

The Elder Tree is unlocked from Campaign Chapter 8-40. 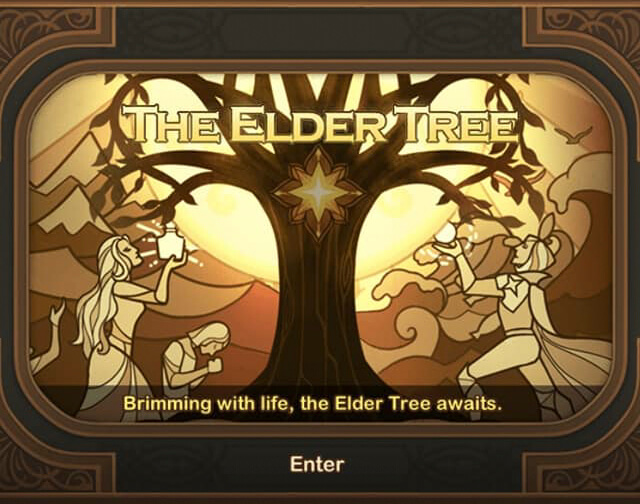 In order to level up the Elder Tree, players need to use Flawless Droplets.

The Flawless Droplets can be obtained when you acquire an Elite Hero for the first time. The previously acquired & ascended Heroes also count.

Similar to Resonating Crystal, the level cap is based on the number of Heroes you have in your bag. 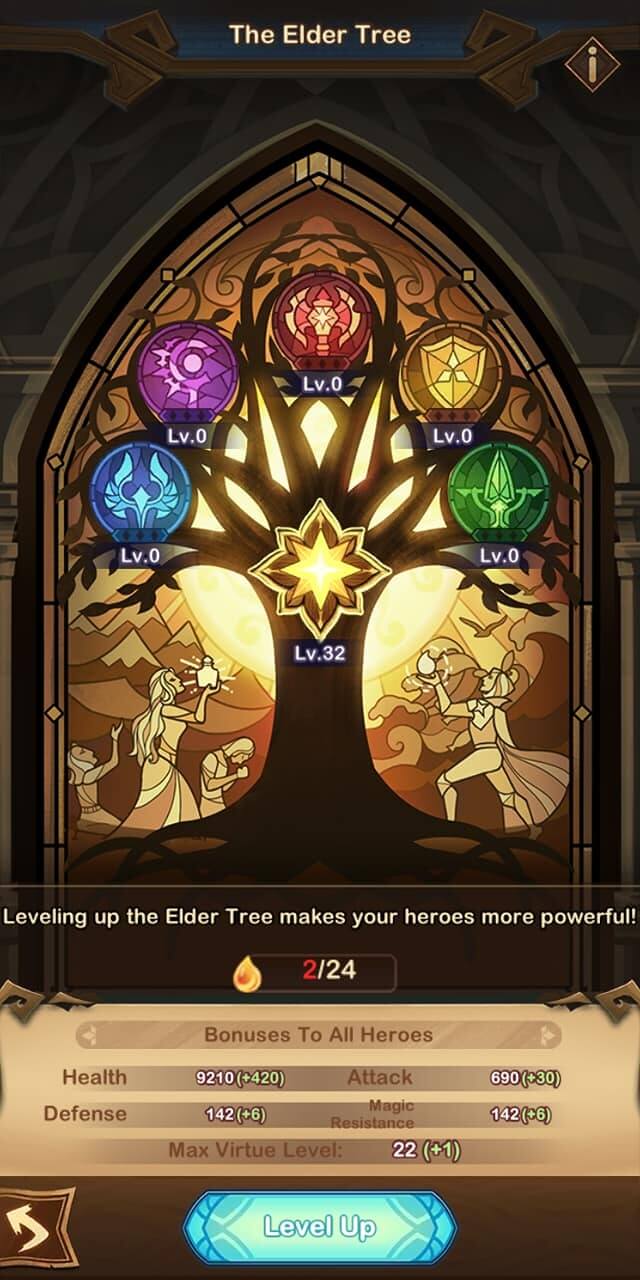 The Elder tree has 5 branches, which represent to 5 classes in AFK Arena: Tank, Warrior, Ranger, Mage & Support. They are called the “Dura’s Virtues”

Similar to Signature Items, Dura’s Virtues give all of the Heroes in each class extra stats as well as special skills.

The Dura’s Virtues feature is unlocked after campaign Chapter 12. Players also need to upgrade the Elder Tree to level 15 in order to unlock this feature.

Leveling up a virtue will increase the stats of all Heroes in that specific class. Players can level up each Dura’s Virtue branch by using the Twisted Essence.

How to obtain Twisted Essence?

S is strongest, next is A, then B then C

Some of highest ranked players only lvlup support tree, I saw so many of them

Yes, they focus on the kind of Heroes they have the most 😀

Which makes sense, since there are usually 3 supports on a team

Hi, would it be ok if I use your Class Icons?

Copyright © 2019-2020. All rights reserved.
AFK.GUIDE is an AFK Arena fansite. It is not affiliated with Lilith Games in any way.
Download & Play AFK Arena on PC & MacDownload
8
0
Would love your thoughts, please comment.x
()
x
| Reply