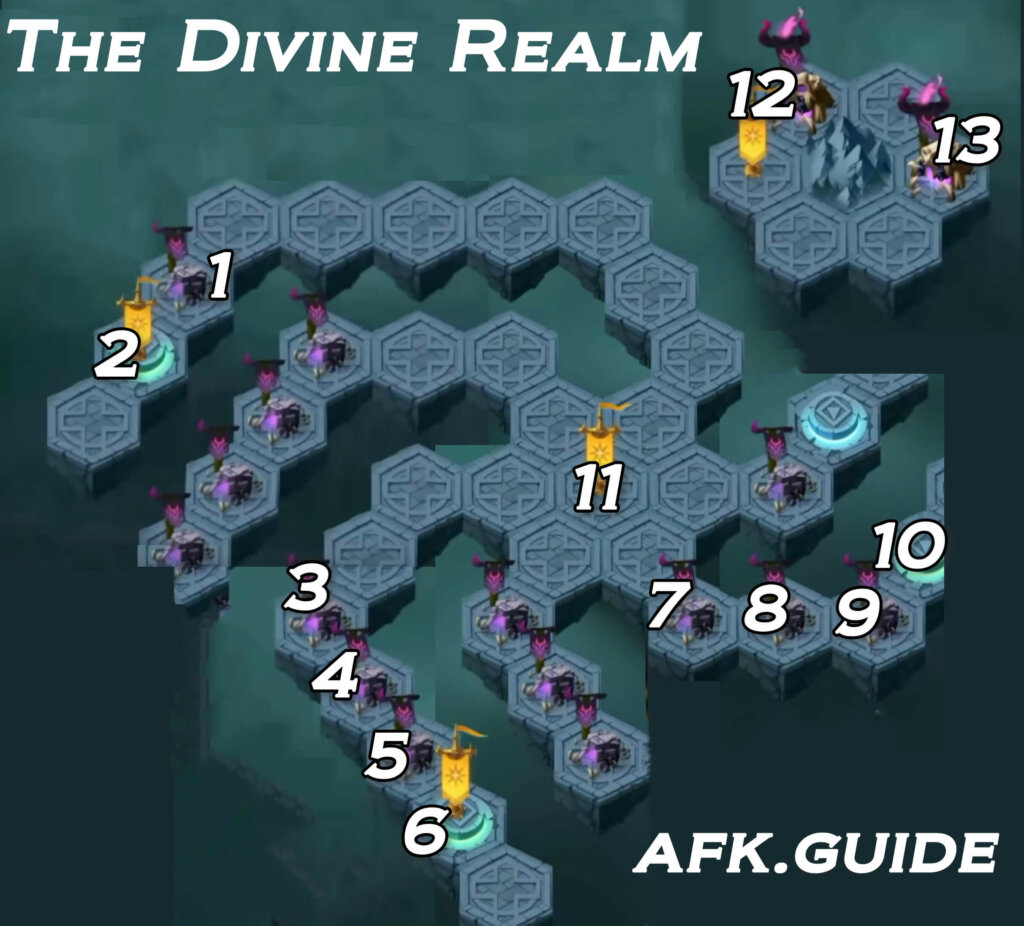 Divine Realm is actually a very straightforward chapter of Peaks of Time.

The basic idea to defeat this chapter is to push all of the buttons of the same color down to trigger a portal which leads you to another map. So, you want to push down 3 blue buttons or 3 green buttons at once.

In the map above, we showed you the path to unlock 3 green buttons, which are #2, #6 and #10. Once you have unlocked them all, a portal will show up at the #11 slot, which helps you to enter a secret place (#12) immediately.

Defeat either the camp #12 and #13. Pick the one which is weaker. It is usually the one that has lower-level Brutus. Collect the chest and exit the map.

However, this map requires you to finish it twice to get it to 100%, so you have to run it twice. But this time, trigger the blue ones instead of the green ones.

Every time you go to the battle, the furthest node disappears. So you want to actually attack the farthest target first. Prioritize that.

Players will receive an Elite Shemira at the end of this journey by defeating the final boss: 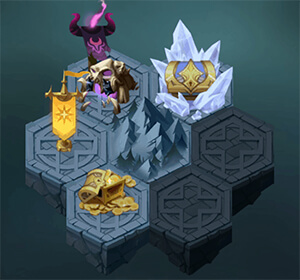 Other Peaks of Time Chapters