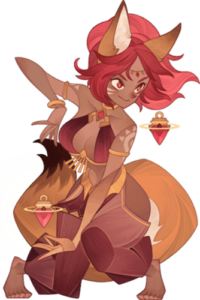 A crystal that is able to absorb fire. This jewel is sometimes unable to contain the power held within, resulting in a very deadly aftermath.

If Satrana is slain, her “Fireseeds” ability will be triggered when the enemy’s health is below 50% and its damage will be increased by 70%.