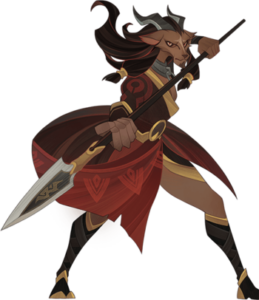 Saveas deals extremely high damage at the cost of his own health. Despite this, he is also surprisingly durable and can decimate enemy teams if left unattended.