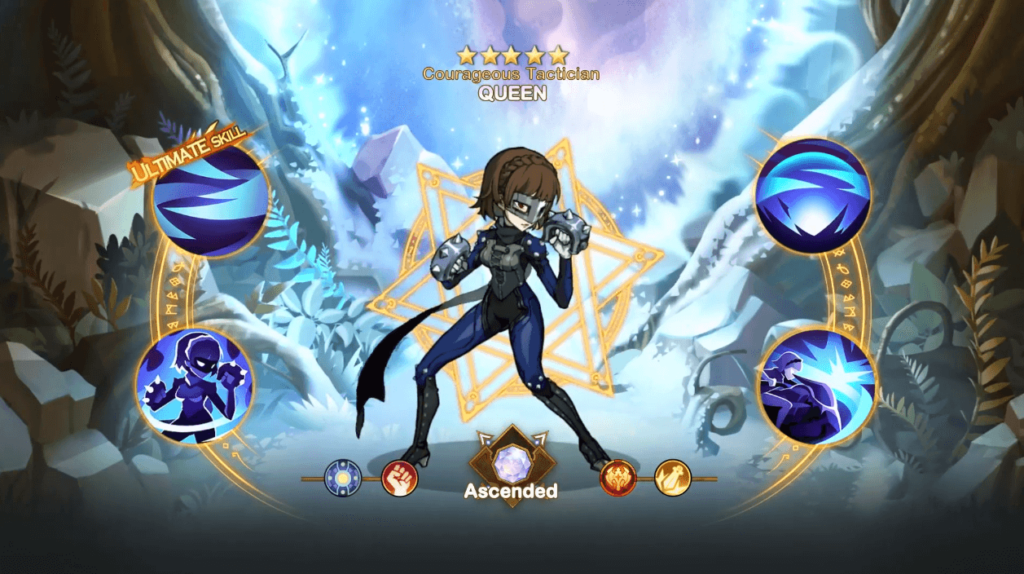 All information regarding the new hero, QUEEN, being released soon in the AFK Arena x Persona 5 Collaboration! JOKER is another hero also getting released in this update! 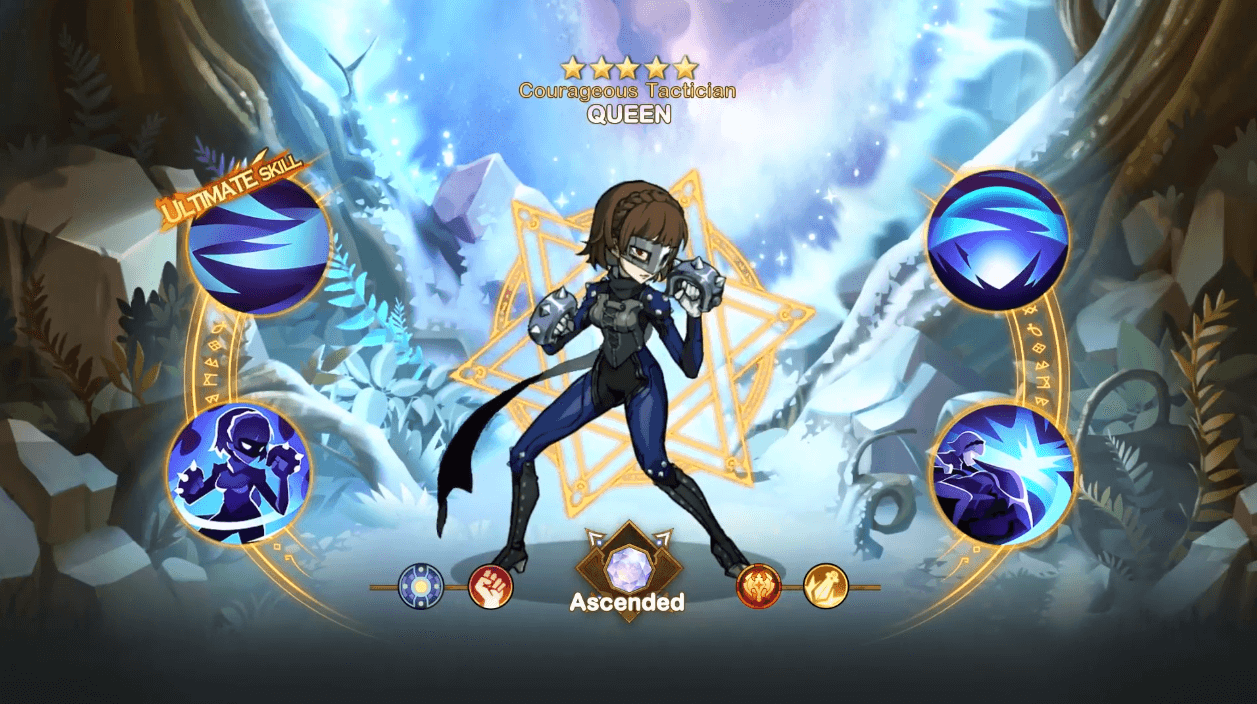 QUEEN summons Johanna and rides it, spinning around at highspeed to generate a Nuclear Tornado.

The Tornado sucks enemies in towards its center, dealing 60% AoE damage 7 times with a final attack which deals 200% AoE damage.

QUEEN cannot be attacked while the effects of her Ultimate ability occurring.

QUEEN summons Johanna, dealing 220% AoE damage to all enemies in front of it and generating a temporary nuclear effect that lasts for 5 seconds.

If an enemy suffers 2 Critical Strikes while the effect is active, they shall be stunned for 2 seconds.

Enemies can be stunned multiple times while the nuclear effect is occurring.

This ability can be stacked.

QUEEN deals a 4-hit combo, with each hit dealing 160% damage to an enemy target, and on the final hit summon Johana, which knocks nearby enemies backwards and causes them to be stunned for 3 seconds.

Each time QUEEN summons Johanna by any of her abilities, she gains a shield temporarily, which lasts for 5 seconds and has a value equal to 25% of her max HP.

When QUEEN attacks an enemy that is being controlled, all nearby allies, including Queen, are healed for 40% of the attack’s damage value.

QUEEN heals herself and her allies while also increasing her and her allies’ Attack Ratings by 30% for 3 seconds. This ability cannot be stacked.