Optimized the brief descriptions of many heroes.

Fixed several relics and Dismal Luck effects within the Arcane Labyrinth, which were incorrectly taking effect against summoned entities. 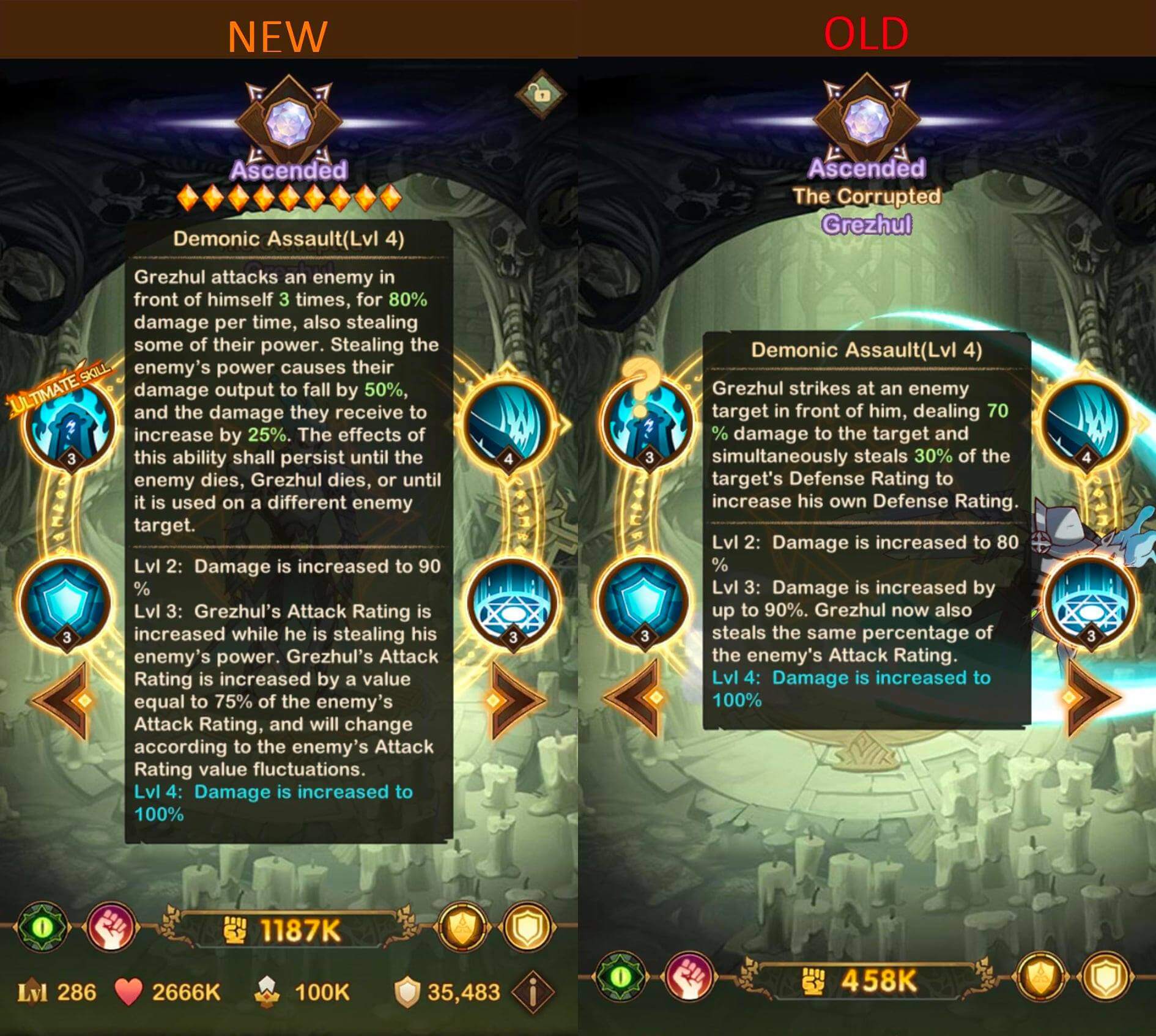 Fixed an issue that would sometimes prevent the Ultimate ability “Soul Burn” from correctly removing all of an enemy’s Energy.

Fixed an issue that would sometimes prevent the ability “Last Gasp” from taking effect.

Fixed an issue that was causing the animations of the ability ‘Feeble Mind” to still be played despite being used against an enemy which was immune to control abilities.

Fixed an issue that was preventing Zolrath’s Ultimate ability “Time Rift” from being triggered when he suffered fatal damage for the first time while under the transformation effects of Pippa’s ” Transmogrification” ability.

Optimized the triggering mechanism of the Signature Item ability “Unrelenting Heart” once the item is enhanced to +30. Now, if Alna’s health is below 50% after receiving damage, the effects of the ability “Winter’s Call” will be triggered.