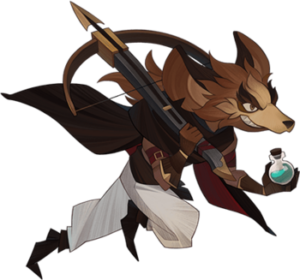 A crossbow, accurate and light. Perfect for a skulking kill or cunning ambush.

Vurk is a mobile damage dealer who maneuvers around the battlefield, switching targets proactively.