During the Legends’ Prestige Event, players can get the event coins (Battle Badges) by participating in Legends’ Challenge Tournament, completing the Gladiatorial Merits or buying via in-game merchants.

Event Coins (Battle Badges) can be exchanged for loads of valuable rewards.

But first, remember to save some 10x summons because there will be a quest that requires you share summoned Heroes on Facebook 😉 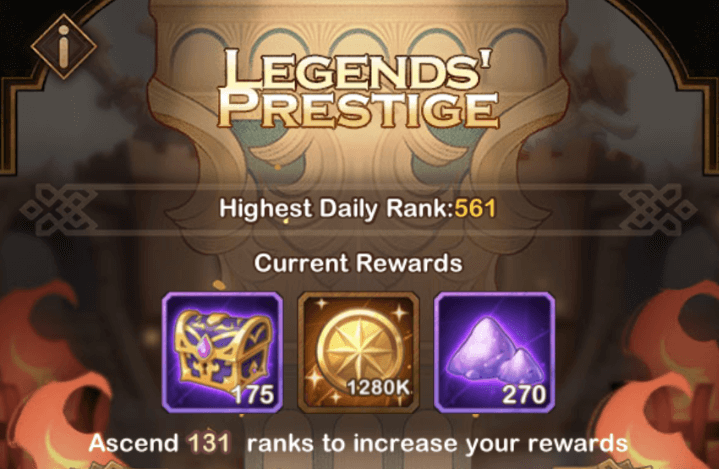 Note: Save some of your 10x summons from today as there is a quest requiring you to share summoned Heroes on Facebook. Sharing Unions doesn’t work. You have to share your summons! Thank shantymatic for sharing this with us! 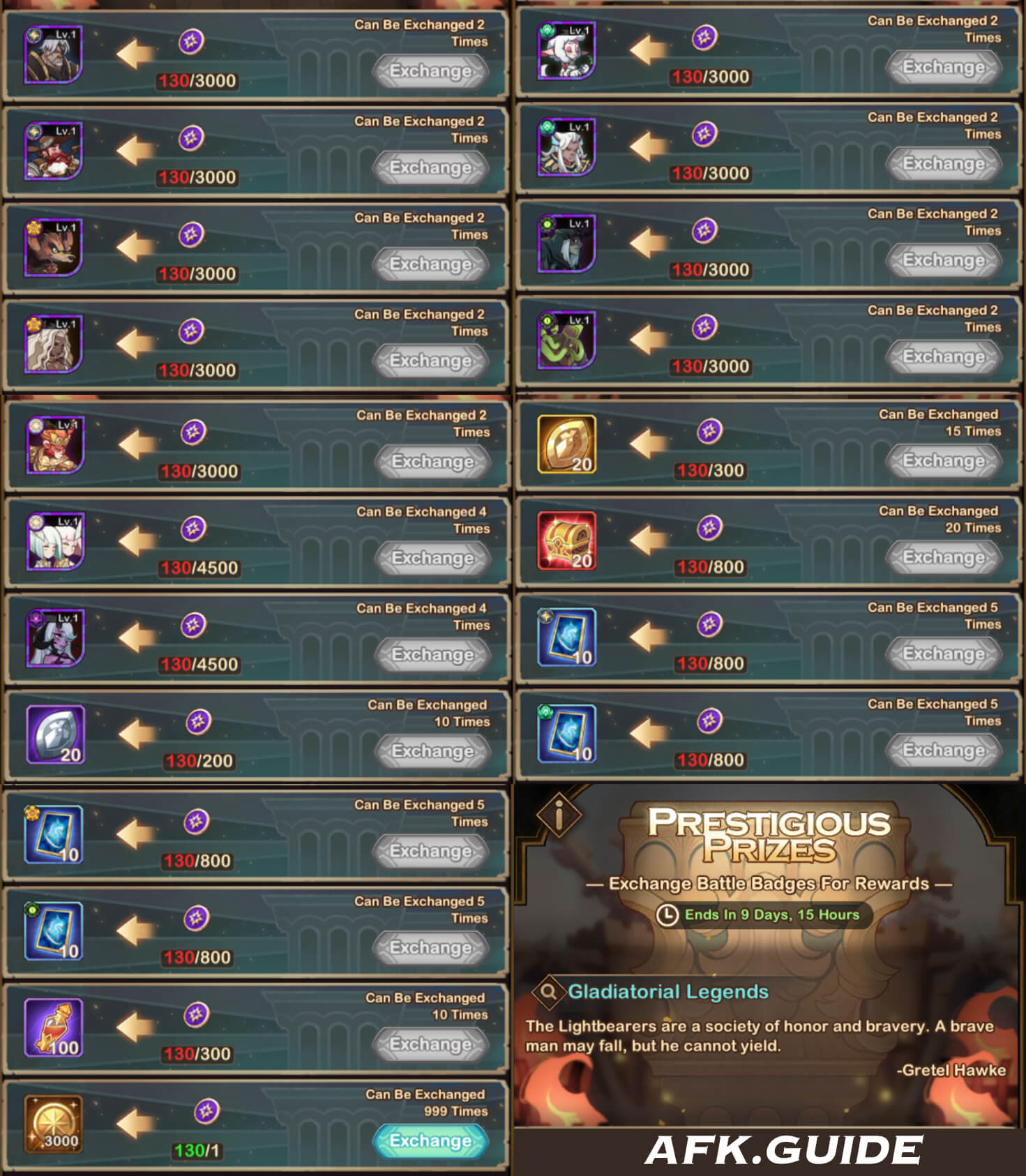