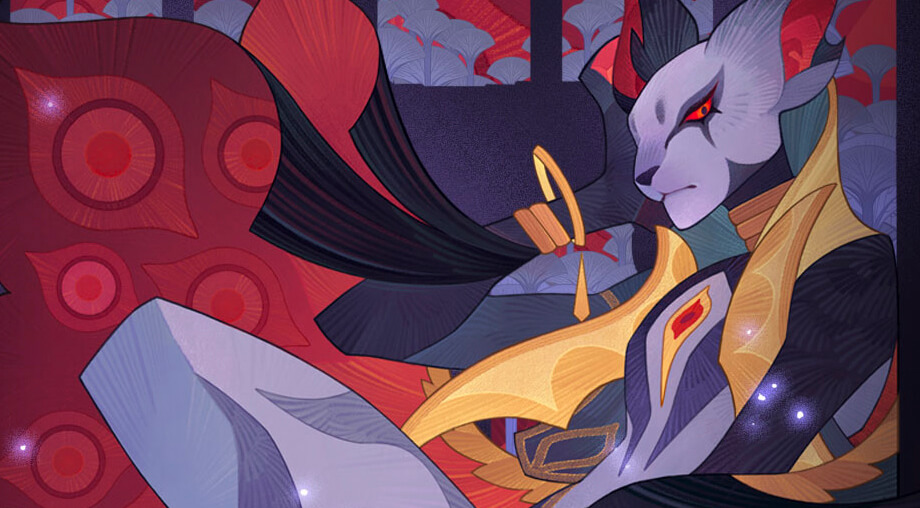 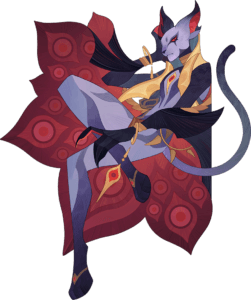 Zikis teleports to the edge of his team’s side of the battlefield and attacks enemies within range, with an Infernal Beam every 0.13 seconds over a duration of 2 seconds.

Each beam deals 200% damage to enemies, and additionally reduces the Haste of any enemies suffering from “Lethargy” effects by 20 points for 5 seconds.

Infernal beams will prioritize enemies suffering from the effects of “Lethargy”.

Zikis is immune to control effects and damage while using his Ultimate ability.

Zikis deals 250% damage to the enemy with the highest Attack Rating, simultaneously marking them with 1 “Eye of Lethargy”.

Once the enemy is marked with 3 Eyes of Lethargy, its lethargic effects are triggered, resulting in the target losing 40 Crit Rating points as well as suffering 200% damage every 3 seconds.

Lethargy effects are removed when an affected enemy uses their Ultimate ability.

This ability prioritizes enemies that have yet to trigger lethargic effects.

Zikis unleashes a Languid Eye that deals 220% damage to all enemies that it passes through.

If the Languid Eye strikes an enemy that is not suffering the effects of Lethargy, they will begin to suffer its effects.

If the Languid Eye strikes an enemy already suffering the effects of Lethargy, they shall be dealt additional damage that is equal to 15% of their max health, but shall not exceed 600% of Zikis’, Attack Rating.

When an enemy gets close to Zikis, Zikis proceeds to swipe at them, knocking them backwards, causing them to be stunned for 3 seconds while dealing 270% damage to them.

The affected enemy has their Accuracy reduced by 120 points for the following 5 seconds.

The cooldown timer for this ability is instantly reset when Zikis’ Ultimate ability “Burning Sight” is cast.

[+10 Unlocks] Crit Block Rate is increased to 25 points, damage from enemies suffering from Lethargy is reduced by 40%.

[+20 Unlocks] Crit Block Rate is increased to 30 points, damage from enemies suffering from Lethargy is reduced by 50%.

[+30 Unlocks] Lethargy effects are triggered when a target is marked by 2 Eyes of Lethargy.

3/3 Ability: At the start of battle, the enemy standing directly opposite Zikis immediately starts suffering from Lethargy effects.

9/9 Ability: The duration of the Ultimate ability” Burning Sight” is extended to 3 seconds.