Merchant’s Adventures is NOT a normal Voyage of Wonder. Like the recent High Summer Adventure event, there are daily quests and bosses available for short time frames.

Just watch at least 60 seconds of Mulan’s video to receive 2000 diamonds as a reward. 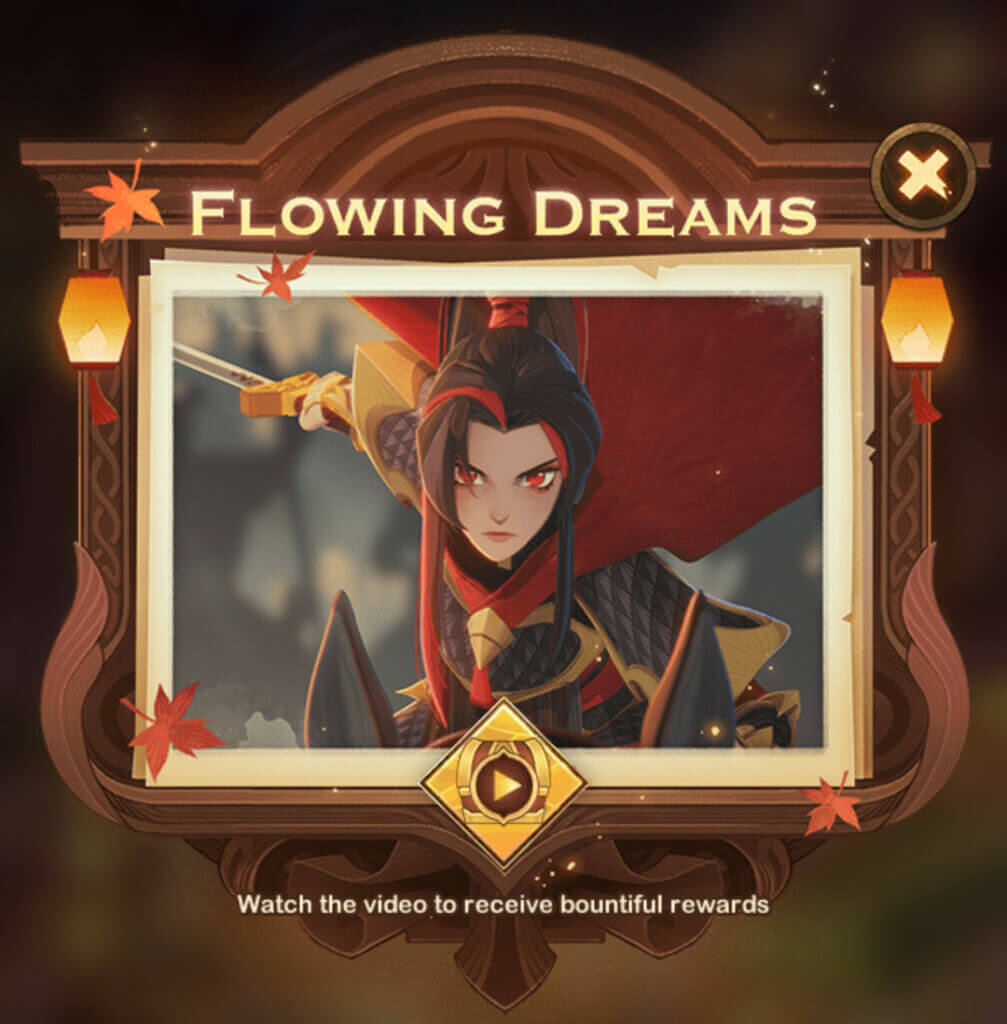 After arriving at Harmony City in Merchant’s Adventures, players can unlock the Boss challenge “Bringer of Blessings” in the city.

During the Boss challenge, heroes’ levels will be standardized as Lvl 360, while their original tiers, gear, furniture, signature, engravings, and beast levels will be maintained. However, they cannot enjoy any Artifact attribute and effect bonuses.

During the Boss challenge, heroes can be equipped with various Heirlooms to strengthen their teams. Heirlooms can be acquired while exploring different zones in Merchant’s Adventures.

Players can challenge the Boss five times daily for free. After that, they would have to spend diamonds to refresh their challenges. Entering battle used up one challenge.

When battling the Boss, you cannot deploy mercenaries but may use heroes you have acquired in Merchant’s Adventures. 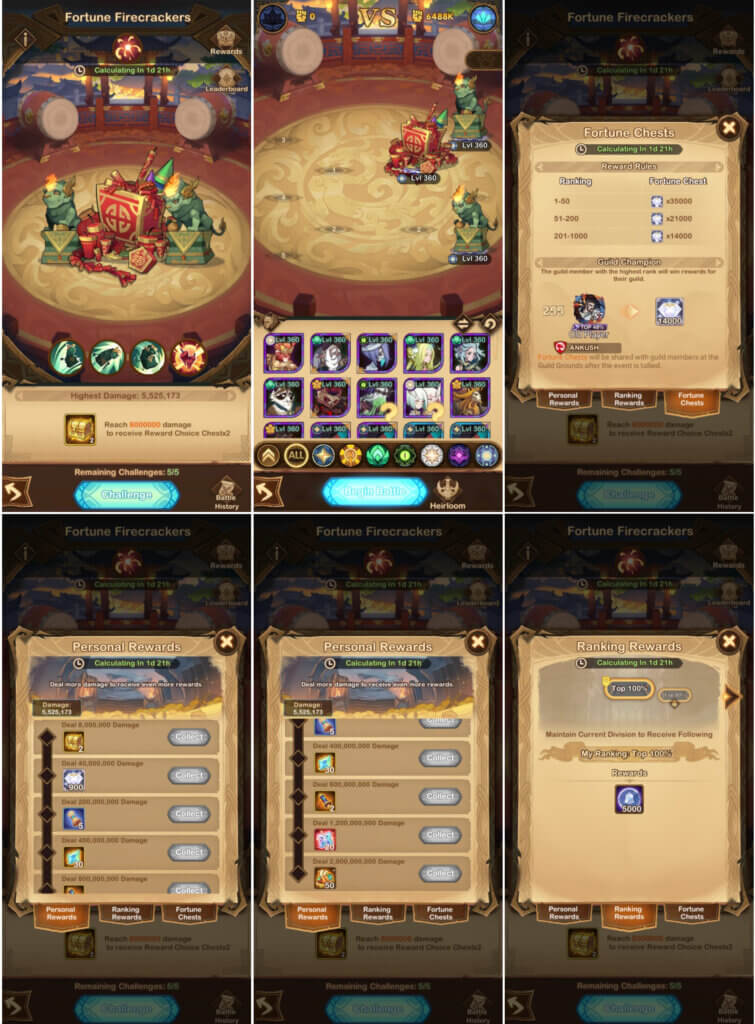 Bringer of Blessings is divided into three phases. Players that achieve the required damage value for individual rewards during each phase will receive the relevant rewards.

In the three phases, players can deploy either 1, 2 or 3 teams of heroes. The total damage dealt by all the teams will count towards the final damage.

At the end of each phase, silver coins will be awarded to players based on their ranking, and can be used for trading goods in the
Bustling Trade feature (see Merchant’s Adventures section below for more information). After the reward calculation for a phase completed, players need to claim the rewards for this previous phase in Bringer of Blessings.

Players can receive Fortune Chests based on their highest guild mate’s leaderboard ranking. Fortune Chest Rewards will be determined once at the end of each phase.

Elijah & Lailah is one of the best teams without newer heroes like Veithael and Palmer. This team can get deal over 2 billion damage depending on how upgraded your heroes are.

Call to Arms, Silver Arrow and Sands of Time are the best heirlooms during Phase 1.

Rosaline are good teams without Awakened Thane or newer heroes like Veithael and Palmer.

Palmer can replace Awakened Solise on team 2. Estrilda is also a great replacement for Grezhul on team 1.

Haelus are another good option to get all rewards if you have a very strong Talene.

A third good option is

The two best combination of teams are:

Raine can replace basically any support.

Lucretia is a good replacement for Awakened Thane.

Orthros can be a good combo if you have a very strong Talene that can be the highest combat rating of your team.

Saurus instead of her.

Awakened Brutus can be a solid replacement for Veithael or Awakened Thane.

If you do not have many of the heroes mentioned above,

Astar are some examples of heroes that can be decent alternatives.

The best beasts for Phase 3 are Winged Lion Lvl 36 and Flutterplume Owl Lv36. Bellbellow and Blade Ridge are the third best beast. Grassy Orb is the best rare beast against this Boss.

Players can explore the map in the Merchant’s Adventures feature, discover the hawker stalls in various cities, and unlock trading nodes. 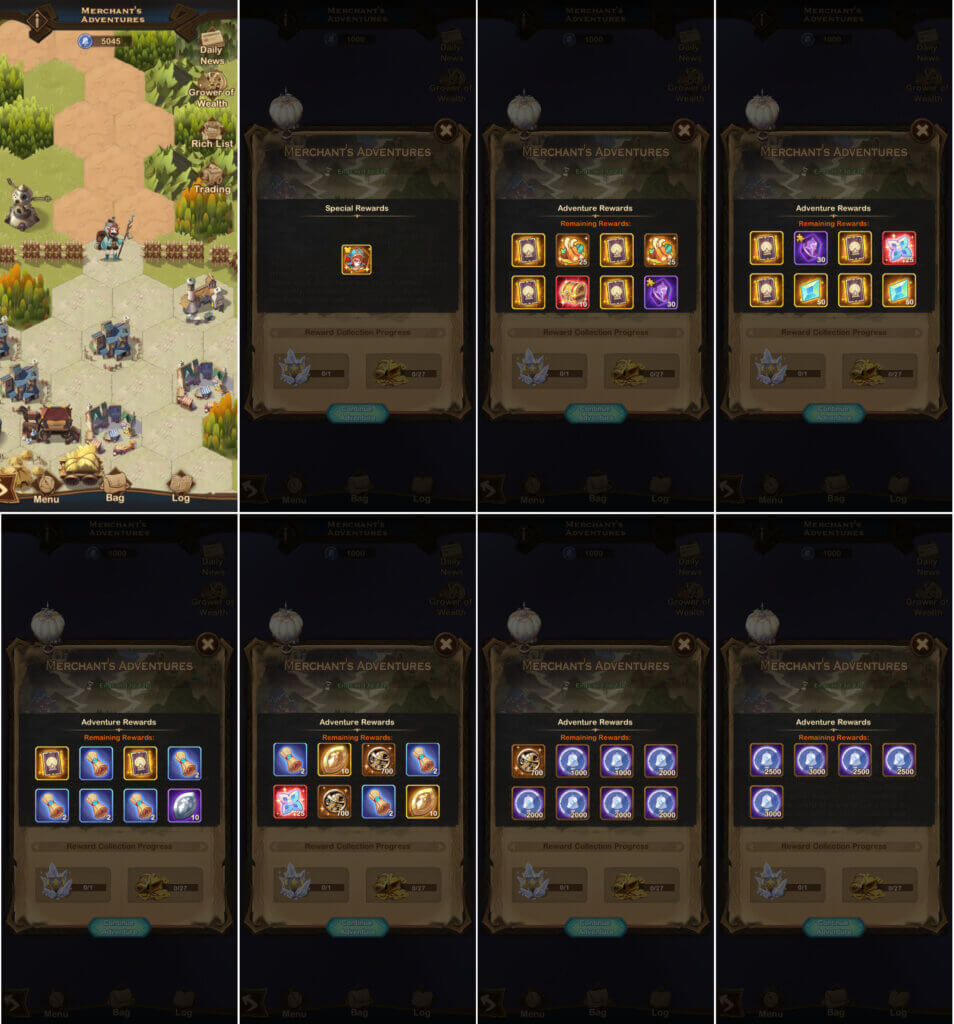 Click on this tab to collect two gifts daily. 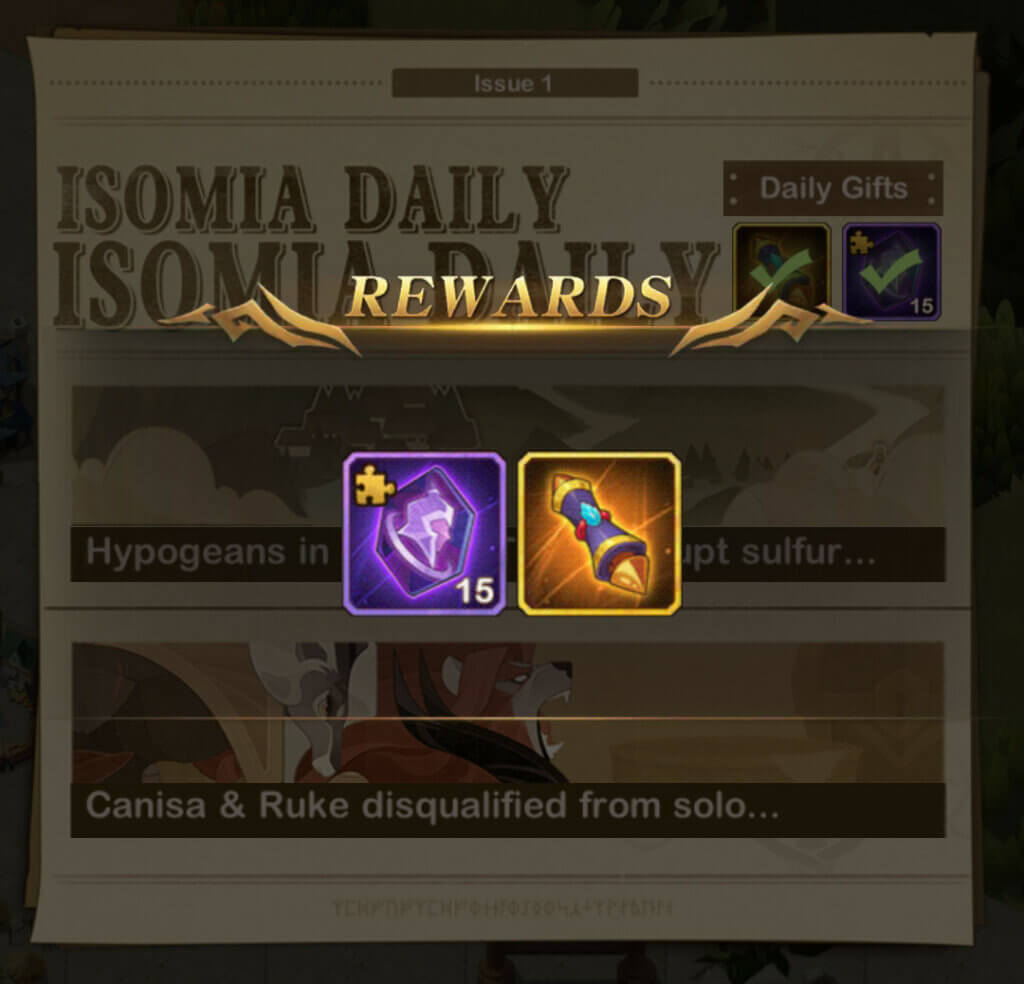 The “Grower of Wealth” event will be available during the “Merchant’s Adventures” event for 14 days.

Players can win commendations from the Commerce Chambers by completing quests in Merchant’s Adventures. The more commendations received, the greater the rewards that can be unlocked.

Purchasing and unlocking Grower of Wealth will give you 980 VIP Experience Points. 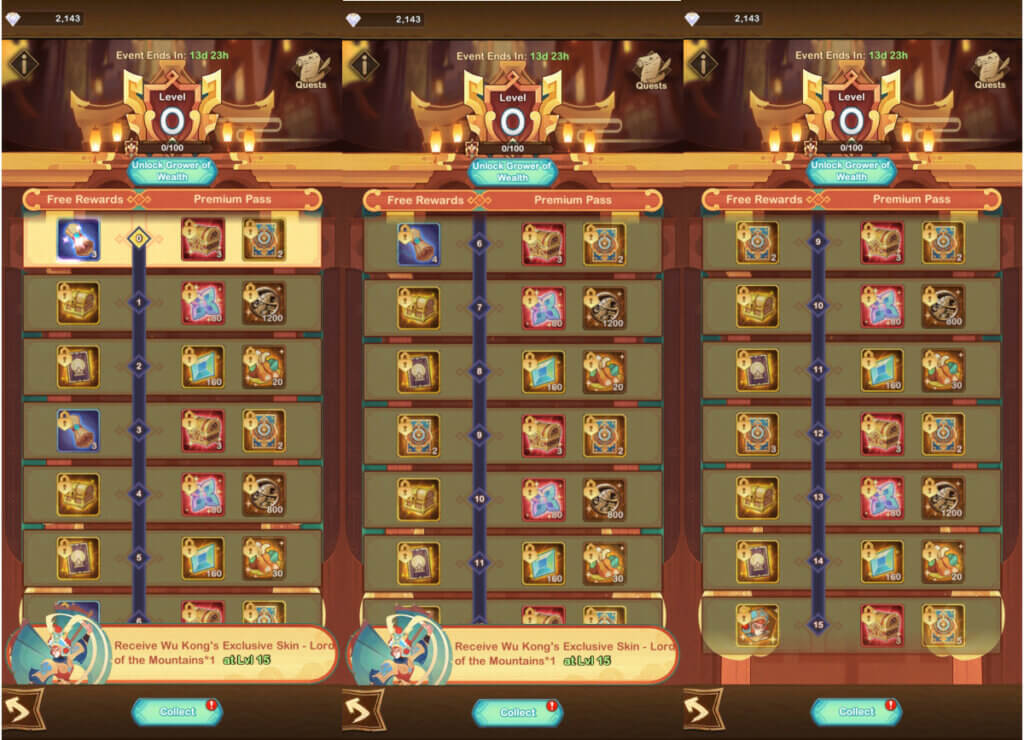 Players are ranked on the leaderboard based on the total number of silver coins they earned in the “Bustling Trade”, “Merchant’s Adventures”, and “Bringer of Blessings” features.

Players will receive Medals based on their rankings after the event. 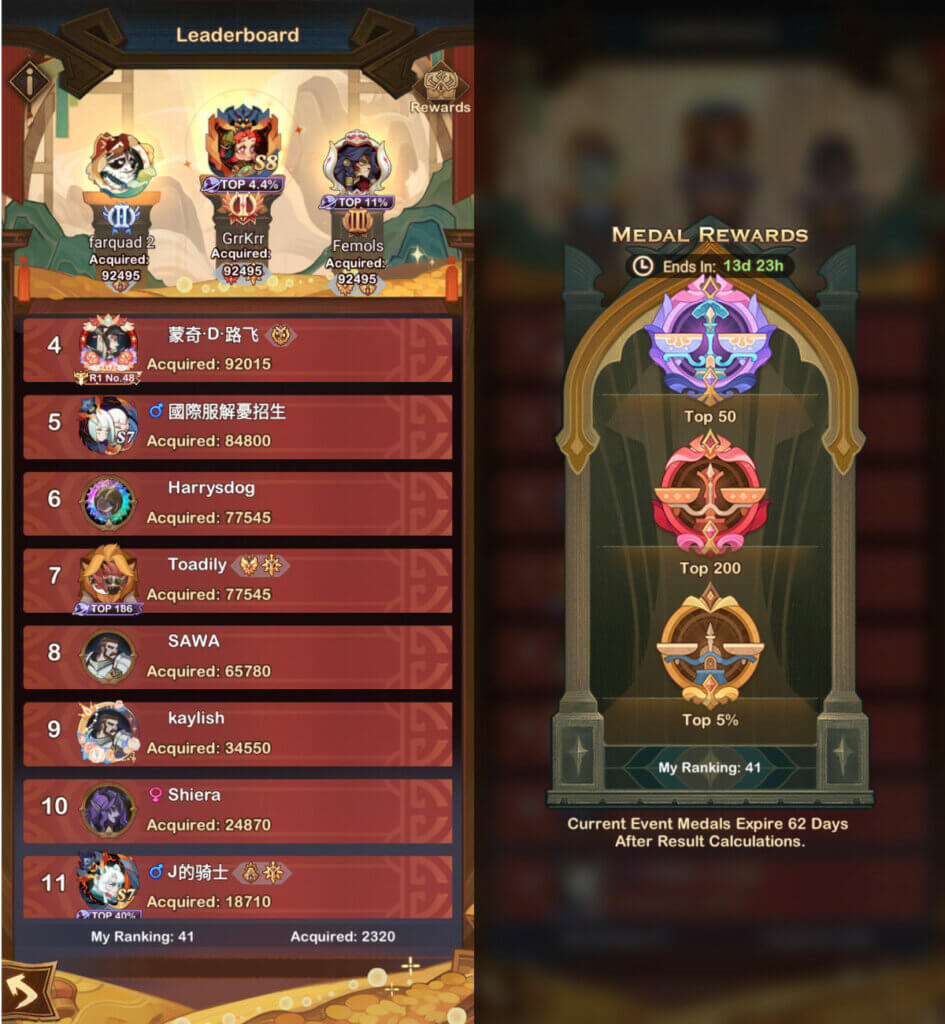 In the “Bustling Trade” feature, players can purchase local products at each trading node with silver coins and sell them in other cities.

Players can expand their storeroom limit by spending silver coins in certain cities.

The best strategy here is to buy products in one store for a low price and sell them in another store for a higher price than you paid. 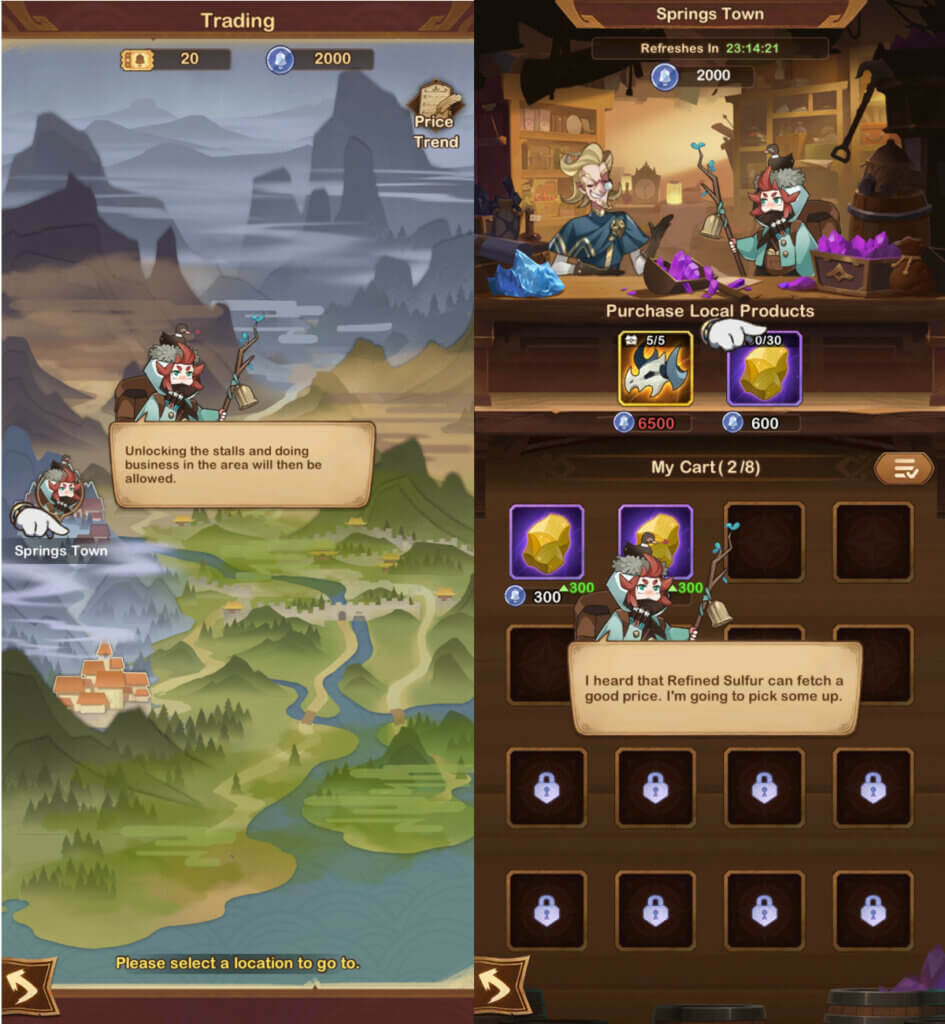