All information regarding the new hero, JOKER, being released soon in the AFK Arena x Persona 5 Collaboration! QUEEN is another hero getting released in this update! 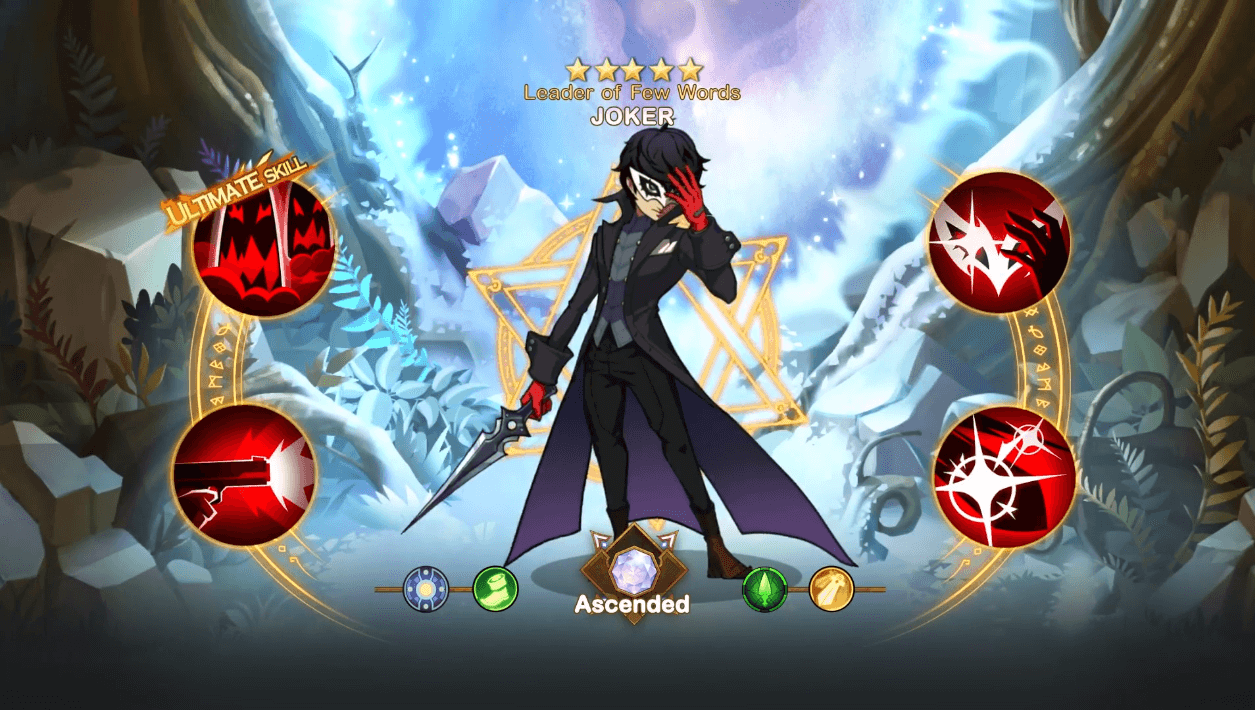 JOKER chooses the enemy directly opposite him as his Combat Target.

If JOKER’s Combat Target belongs to a non-Dimensional faction, he will temporarily change factions to gain a factional damage bonus. JOKER will also suffer from the adverse effects of other factions’ bonuses.

When JOKER’s abilities deal damage to enemies which he has a factional advantage against, the enemy will be knocked to the ground for 2 seconds and weakened.

Weakened enemies suffer an additional 30% damage over a duration of 5 seconds. Knock-down and weakening effects may only be used once every 7 seconds against the same target.

If the Combat Target is slain, JOKER will choose the enemy with the highest Combat Rating as his next Combat Target.

After every 4 times JOKER uses his Normal Attack, he will use his gun to deal 180% damage to the Combat Target.

When a 3 or more enemies are controlled, All-Out Attack is triggered to deal 300% damage to all enemies.

This ability can only be used when there are surviving allies on the battlefield and is triggered periodically.

This ability can be triggered once every 7 seconds and can be used up to a maximum of 3 times per battle.

The damage caused by this ability will not trigger the effects of Adverse Reaction.

After using his ultimate ability, JOKER’s AoE range of his normal attack is increased and damage is increased by 20% for 7  seconds.

This ability can be triggered once every 10 seconds.

If the ally “QUEEN” is also on the battlefield, she will raise JOKER’s extrication chances by an additional 40%.

Each ally has a 35% chance of extricating JOKER from enemy control abilities, and JOKER gains a shield worth 40% of his max HP that exists for 5 seconds if he is successfully extricated.