Nakoruru – Nature’s Guardian is the Dimensional Hero coming to the AFK Arena world right after Ukyo. Both Nakororo and Ukyo are the two characters from SNK x AFK Arena crossover and they are all limited heroes. 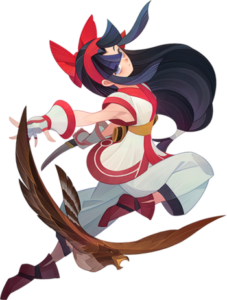 Stuns enemies for 1.5 seconds and sends them hurtling into the air whenever a Normal Attack deals a Critical Damage. 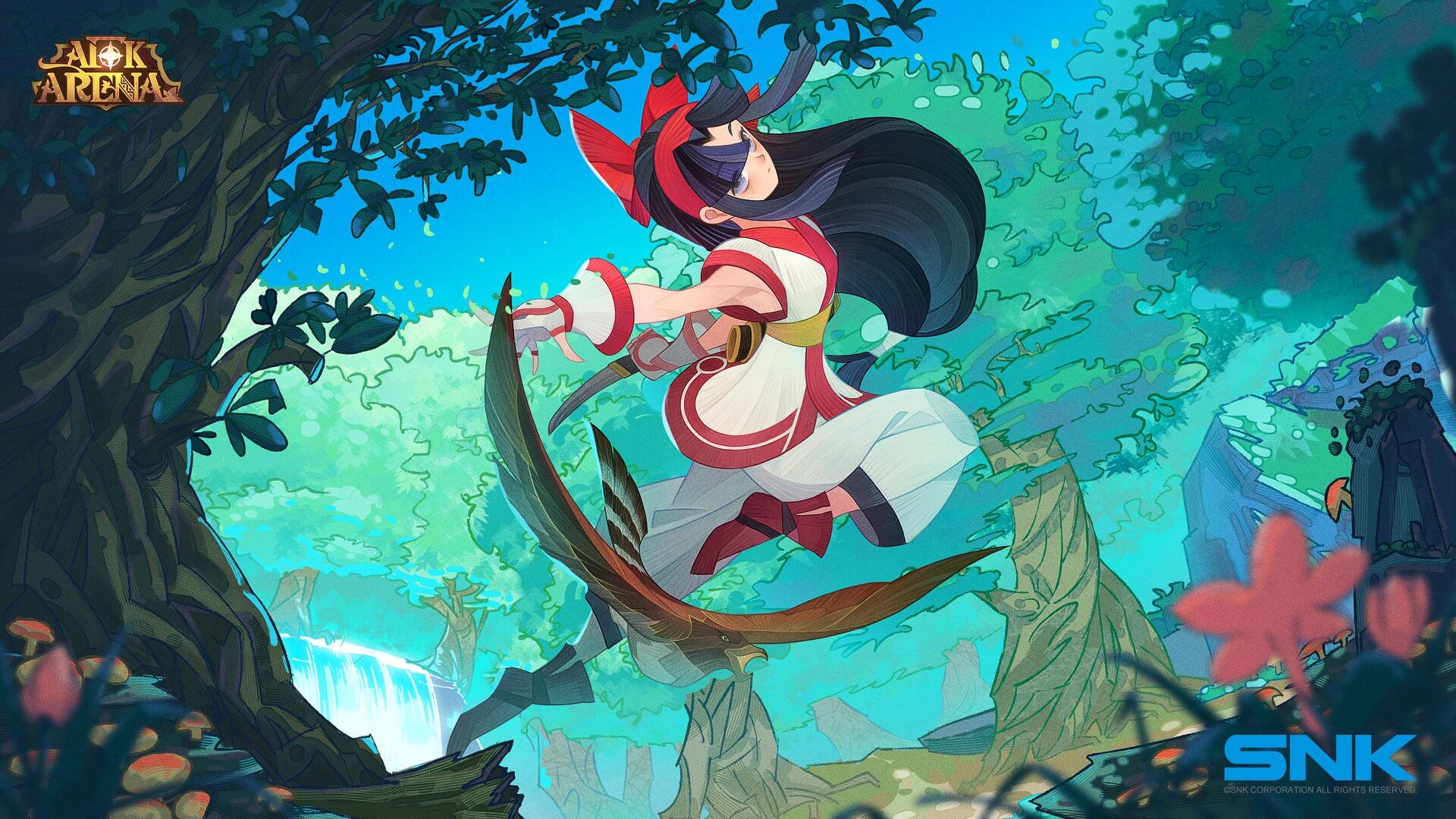 As a witch of the forest, Nakoruru possessed a natural affinity for the birds and beasts that resided within it. In her eyes they were more than just animals, they were companions. With this natural gift, she knew it was her mission to keep order within the forest, to carry out her father’s last request; to protect the woodlands from the demonic creatures that wished to devour it. As she aged, so did Nakoruru’s acuity. She was by now well attuned to nature. The premonitions she had when she slept seemed to grow increasingly more frequent as she aged. She could sense the pain of a forest not unlike her own. Its wails of anguish shook her to her very core. Each time she had a premonition, the despair of those within it would seemingly grow in intensity. She could not turn a deaf ear to these people. She and her guardian eagle Mamahaha, her lifelong companion, would seek out this other realm. She would venture into Esperia. Stood within an unfamiliar glade, she soon realized that this was the source of the anguish. It was large and lush, yet she could see without question that the entirety of the glade was being corroded by something vile. A malignant energy was devouring the forest’s life force, turning it to rot. The atrocities that had struck her own home were now again clear before her eyes. She realized the same aberrations that had invaded her home were now here in this unfamiliar realm. She didn’t hesitate for a second. She vowed to help the forest’s inhabitants, who called themselves ‘Wilders ‘, to overcome the malevolent plague that had infected their home. The inhabitants of this forest, which they called simply The Dark Forest welcomed her with open arms. This would be Nakoruru’s new home, for now. Nakoruru felt at ease amongst these folk, and now that the forest had been ridden of the evil scourge that had afflicted it, a familiar fragrance had returned. The scent of nature filled her with hope and joy. She would protect this new home with her life. One must always fight for their home.