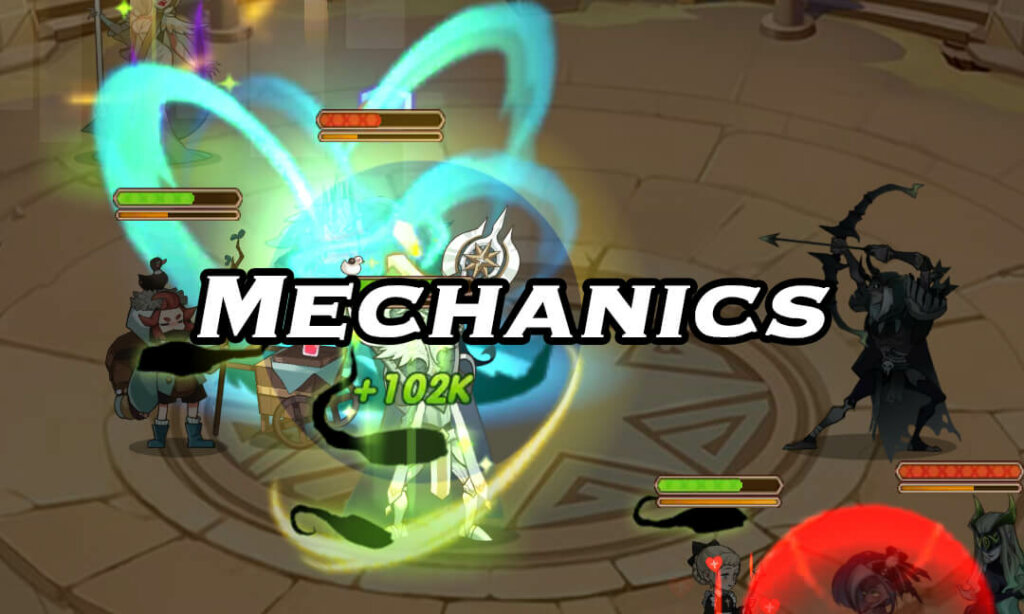 In this article, we are going to reveal all of the most important hidden mechanics in AFK Arena. 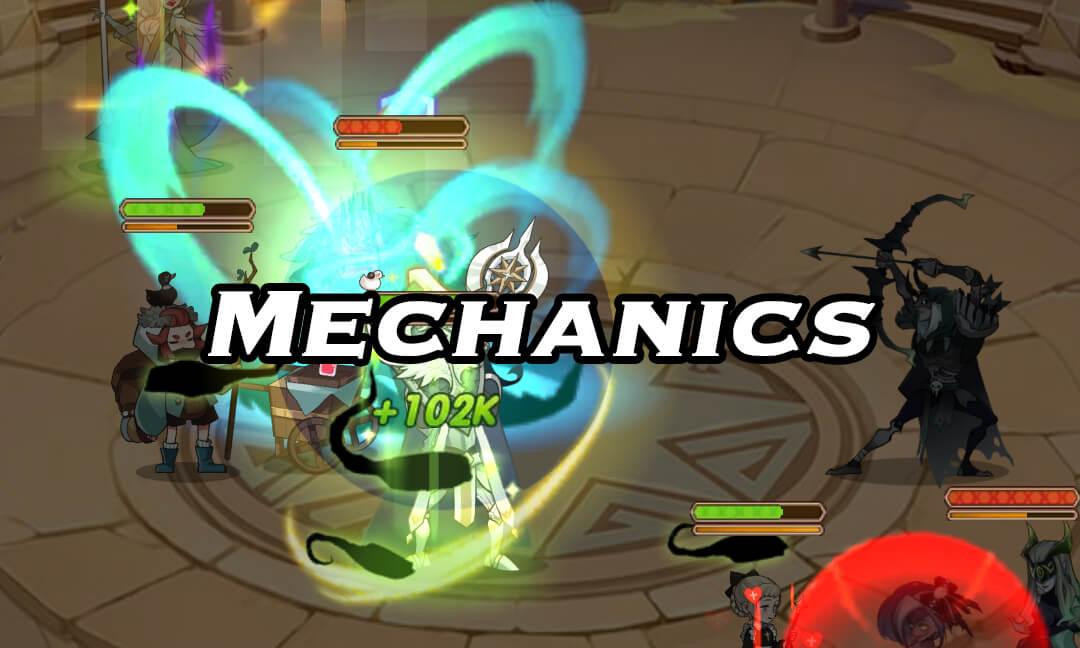 A small number of heroes have “cause enemies to lose X amount of health” which ignores defense and damage reduction effects. These damage also ignores shields to deal direct damage. This is similar to “true damage” in other games

A hero will be interrupted when taking large amounts of damage even if the damage source doesn’t have a specific interrupt effect. This threshold is roughly 10% of the hero’s maximum health .

This is not the same as the hero being stunned

Shields will prevent damage and does not allow on damage taken effects to trigger. Skills dealing damage to shields will also not suffer from damage reduction.

Since shields do not calculate damage reduction from items and abilities, it tends to be weaker than health of the same value. That said, it still takes into account the defense

When a character is about to fall under control effects, if the defender’s tenacity is greater than the at-tacker’s insight, there is a chance the control effect is resisted.

Every 1 point difference will increase control avoidance chance by 2%
If insight exceeds tenacity, then control effects are guaranteed to apply

Essentially the opposite of above. As an example if A with 10 insight casts a control ability on B with 20 tenacity, the value difference is 10.

As such, hero B will have a 20% chance of avoiding the control effect altogether. However if B has 9 tenac-ity, then the 9 tenacity does nothing

Determines how much damage a hero can receive. The amount of health deduction is dependent on the enemy’s damage after factoring in defense, damage reduction etc

Determines how much damage a hero can deal. Final damage is based on attack * attack multiplier and subsequently factors in enemy defense, damage reduction etc!

This is the chance which a hero trig-gers a critical hit, dealing double damage. Every 1 point of critical rating is equivalent to 1 critical hit chance.

Every 1% increases normal attack frequency by 1% (applies 1% to both animation speed as well as CD).

This only applies to normal attacks and is essentially a weaker version of haste.

Normal attacks are treated as a skill and have their own cooldown. This is the frequency of attacks calculated between 2 normal attacks.

Most heroes have their auto attack at 1.8s with few exceptions such as Athalia, Izold etc Currently, the animation speed of all heroes is smaller than their normal attack cooldown (as of July 2020).

Ferael seem to have a lower attack speed but that’s simply due to the game treating their passives as normal attacks which they utilize more of. As such, they would attack roughly 3.5s and 3s respectively despite their normal attacks being actually at 1.8s.

A “freeze state” is activated once a player hero activates their ultimate where time is stopped for every other hero and the battle timer is paused.

In other words, the hero casting ultimate can continue to take action and his buffs will continue running out

This is a mistranslated ability. It actu-ally increases the potency of a char-acter’s heals where every 1 point in-creases healing effect by 1%.

Every 1 point increases received healing by 1%.

Amount of life recovered per second. Currently this stat only exists on the stats page and no heroes have any recovery amounts. Perhaps in the future there will be equipment that affects this.

Only physical heroes are affected by accuracy. Mage heroes deal magic damage with their normal attacks which are guaranteed to hit

Affects the chance of dodging a physical attack. Only physical at-tacks and skills can be dodged.

This affects the amount of damage a hero receives from magical/ physical sources respectively.

Every 1% of resist gives the hero 1% damage reduction towards the damage type. This is calculated after defense has been applied

Every 1% of resist gives the hero 1% damage reduction towards the damage type. This is calculated after defense has been applied.

(normal attacks are also considered a skill in this game and the higher the value, the higher attack frequency)

Haste also increases attack speed and can be stacked. The result is ad-ditive in nature and represented by the following formula:

When critical is dealt, the damage is increased based on the difference between attacker’s crit amplification and defender’s crit resistance.

Points within 30 affects the damage by 0.5% while points exceeding 30 increases it by 2% up to a maximum of 75% critical increase.

Given that the base critical damage is 200%, 30% critical increase will in-crease crit damage to 230%.

Given that the base critical damage is 200%, 10 points in critical resis-tance will increase critical reduction by 5% and thus we will only take 195% damage when receiving crits.

Every 1 point of life leech gives 1% lifesteal. This is applied to attack that deals damage which includes normal attack and skills (but this is actually treated as the same in-game where normal attacks are just skills with short CD. That said, effects that in-crease attack frequency only applies to normal attacks).

Damage over time effects cannot lifesteal. If summons/ clones do not have innate lifesteal, they do not benefit from lifesteal effects.

Lastly lifesteal only works if damage is applied so damage dealt to shields will not return life.

As such, the formula is:

Reduction effects from different skills are multi-plied together which means:

All heroes’ energy is capped at 1000 point This means most heroes acti-vate their ultimate at 1000 energy. There are rare cases like Skreg’s signature which allows him to acti-vate his ultimate earlier.

This includes damage dealt by normal attacks as well as skills and every hero has their own recovery amount.

Note: Damage recovery is decided on activation of the skill/ normal attack. As such, it recovers a fixed amount of energy regardless of how many targets it hit, whether it hits or if it causes a critical damage.

This is determined by the skill that inflicts the damage.

Every skill has it’s own energy value which means the same skill applied on different enemies will give the same amount of energy.

This energy is only granted when damage is taken and doesn’t work for dodge/shield/immune.

When your hero kills an enemy, they recover a fixed 200 energy. There are also a few skill specific energy recovery methods which are typically described within the skill itself

Every skill has a cooldown which is applied at the start of a match that determines the order in which heroes activate such skills. Skills activate-able at the same time will have priori-ty orders that dictate which gets acti-vated first.

Since most heroes don’t have skills to activate immediately, their position on the field affects their normal attacks which will in turn affect their skill order. Haste also affects this.

There is currently a bug with Leather Weapons where even though the weapon isn’t supposed to affect haste, certain heroes will have their opening cooldowns shortened and have different skill priorities. One ex-ample is Ferael who uses auto attack first without his bow but accursed arrow when equipped with it.

Skill activation is determined by skill animation speed as well as the skill cooldown.

When a skill animation is complete, the game determines the next course of action (skill). It looks at which skills are off cooldown and the priority of such skills. Typically, ulti-mate abilities’ activation only depend on the energy requirement and does not require waiting for the previous skill animation to finish.

Crowd control effects which apply damage require the damage to be dealt before taking effect.

In other words, this control can be avoided via dodge/ shield/ immunity. On the other hand, cc without damage (i.e. Tasi’s ultimate) will not be affected.

Since a lot of control skills come with damage within the game, shield is useful for avoiding them

When multiple effects are applied, only the highest priority takes effect. A target both stunned and feared will not move until the stun effect is over but will move if fear effect hasn’t ended yet by the end of it. Frozen en-emies also cannot be moved so Eironn cannot pull frozen targets.

All Shields Stack, All Hastes Stack! 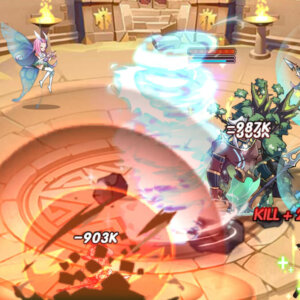 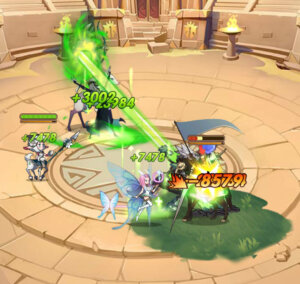 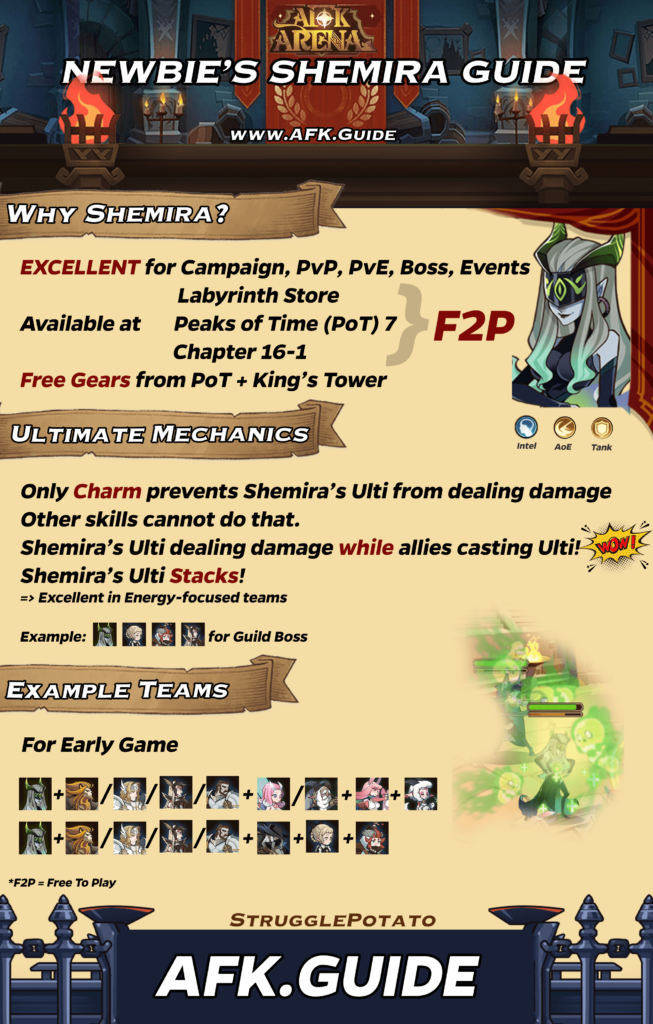 Tasi is one of the best Heroes in AFK Arena because: 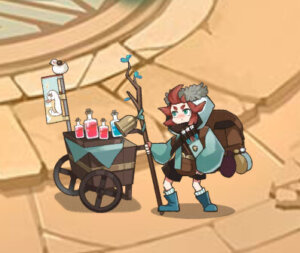 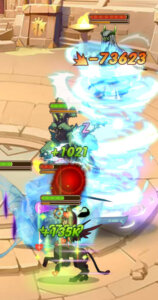