Here are all of the information regarding Drez – The Quicksand Recluse in AFK Arena! 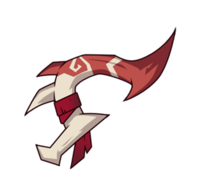 One wonders how a small Durri is able to wreak such havoc. The answer: The Ivory Piercer. Crafted from the horns of a powerful iron-jaw beast, this weapon is light but also extremely durable. You don’t want to be on the wrong end of this powerful weapon.

After using his Ultimate ability, Drez receives a shield which is able to mitigate damage worth 400% of his Attack Rating value for a duration of 5 seconds. This ability can be activated 2 times per battle.