One of the things I, jabu69, realized when playing AFK Arena was that a lot of people ask for how to counter stages/comps, and have no clue how to figure it out by themselves.

By chapter 27-28 you should have a very good idea of how to deal with most enemies, but getting there, I never saw a guide on this, so here it is for people who are still early/mid-game.

You will find that the counters to every hero are almost always the same, what can I say. Feel free to contribute from your own experience.

Another key is you have to repeat stages multiple times for RNG to be on your side even if it’s a counter. 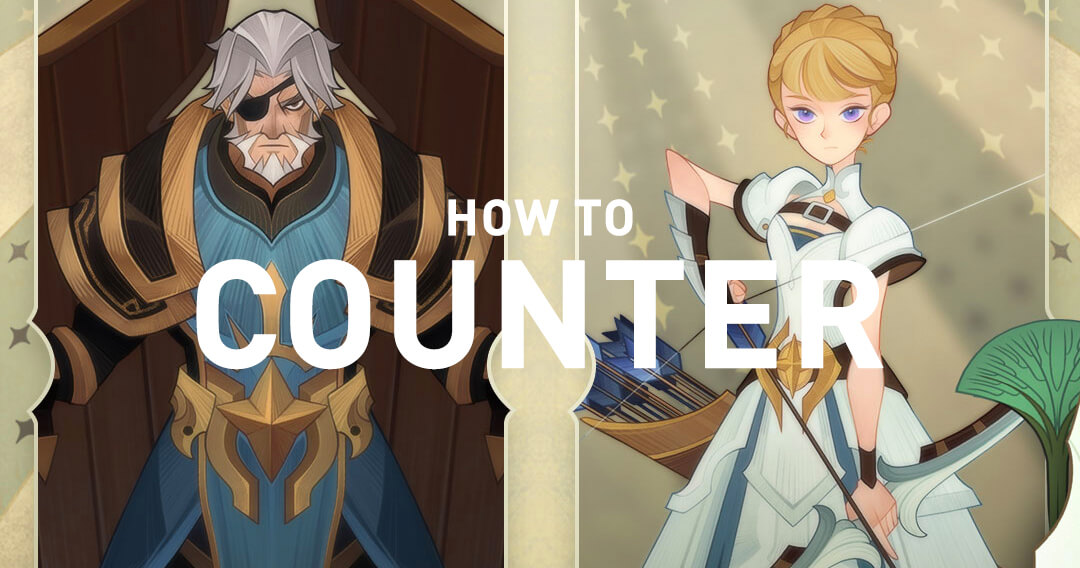 Estrilda – Use Brutus or dodge to deal with his charge. Also, Hemora charm works.

Thane – Put all your DPS on thane’s side and hope to kill him quickly. Brutus/Rosa can stall him, CC like Nemora and Ferael is also good.

Fawkes – Use Brutus so Fawkes will banish him at low hp

Safiya – Use Athalia or Nara to disable her opening shield

Khasos – Use Fawkes or dodge to escape his opener.

Brutus – Fawkes, Nara, leave him to the end, one-shot him at the start so he can’t ult during his immunity

Numisu – Restart the stage many times

Warek – Same as Thane, kill him first or disable him

Arden – Mirror Arden with your own Arden and let Arden root him. If he’s too fast replace Arden boots. if the enemy has a Lyca, use Lyca as well, preferably mirrored as well. Nemora on the same side as Arden can also charm him. Athalia / Nara also do the trick

Eironn – Put rosa in his suction and she will run away. Fawkes can banish him after the first suction

Tasi – use Athalia / Nara. Also a dummy Brutus can trick her into banishing him if he gets one shot at the start.

Shemira – she is almost always the most powerful enemy, use Fawkes to end her. a faster Shemira can also silence her before she silences you.

Kelthur – Use Rowan/Rosa. Rowan’s stall still stays on your side, rosa runs back. Can also use dummy heroes like Lyca who don’t serve much use after her passive

Grezhul – RNG. Estrilda with SI also kinda works but the hero is meh itself

Thoran – leave him alone until the end

Athalia – Put Rosaline against her and rosa runs away. Brutus immune stalls her for a while but then she can charge ult up. dodge tank/throwaways like Lyca, Fawkes are useful too. Ferael can also fear Athalia nearby.