The new AFK Arena skin system is officially released from the update v1.31 with a Brutus Skin, which is is the very first skin in-game. Let’s take a quick look at this new game feature!

From now on, Lilith starts releasing skins for all of the Heroes in AFK Arena. Each skin comes up with its own exclusive stats that will boost the power of the Hero.

How to view and change Skins for Heroes?

The first skin we have in the game is the “Blazefury” for Brutus, which will increase his HP by 2%.

Update: Due to many feedbacks from the community, the Bonus Stats have been removed from the game.

How to obtain Hero Skin?

For now, most of the time, players can obtain these skins via different special events in AFK Arena.

Lyca Skin – The Glade Keeper – is the only skin that requires players to spend money to obtain. 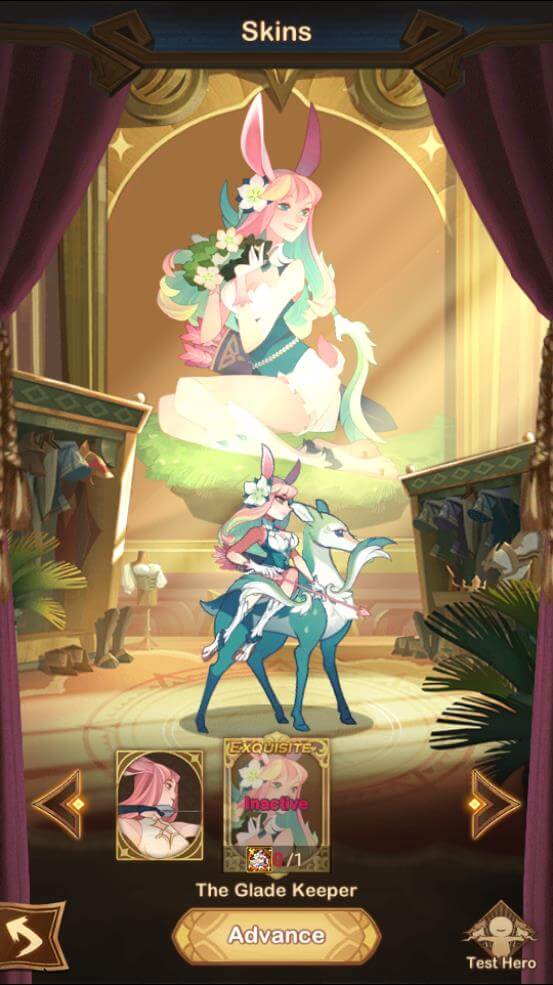 There will be more and more skins being added to the game soon in the upcoming updates!