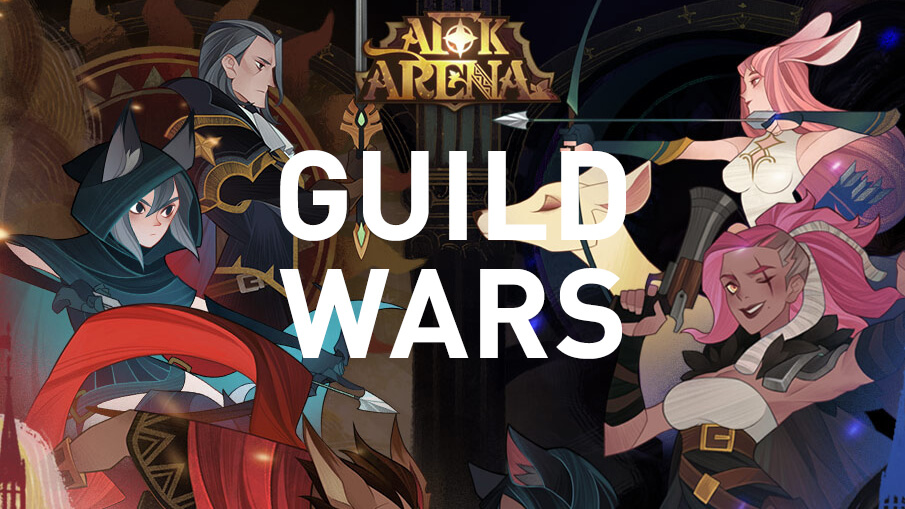 How Do Guild Wars Actually Work?

2-3 Guilds will be coupled randomly. The game matchmaking system will take the numbers of members, numbers of Heroes, rarity of Heroes, the Guild’s winrates, Guild levels etc. in account.

Once the matchmaking is done, Guild members of each Guild can start competing to gain points. The higher rank you have, the more points you could earn.

The maximum Score players could get is 199. This is when you have achieved the rank #1.

How To Win Guild Wars?

Each Guild War round should have 2 phases:

Duration: From the start to 2 hours before round ends.

Shouldn’t: In Guild War, you only get the score based on your the highest position. Let’s say you are at the #1 position, the opponent attacks and takes #1 from you, you immediately fight back to get that #1 position back, you will not get any extra score. Even If you are able to get that #1 spot 10 times, you will still get only 199 points.

Should: Members in guild should take turns to keep the highest possible positions. Avoid getting into the position lower than the one you got before. Give those positions for the other Guild members.

Shouldn’t: Being okay at low positions and letting the opponents get into high positions, even when having more points.

Should: Trying to get the highest rankings possible, even when cannot get any extra points.

It’s because the beginning of the next round will be based on the results of the current round. If you start with more high positions, you will get more points at the starting.

Thus, the first round is always the most important round.

Winning the first round does not only give you 1 win, but also gives you a much better start for round 2.

If you are able to get the first 30 positions in round 1, you will have more than the opponents approximately 3k points at the beginning of round 2. This plays adds a lot of pressures to the opponents.

It is always recommended to do the best you can at round 1 in AFK Arena Guild War.