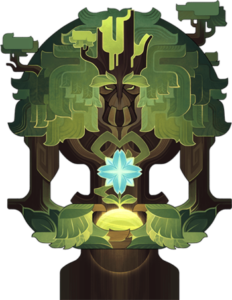 Ulmus’ own health recovery effects are increased by 10%.