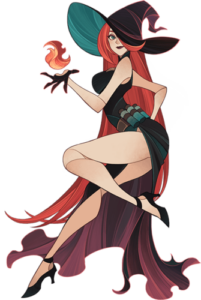 Mirael is a damage dealer who specialize in high AoE burst damage and protecting her allies from magic damage.

Mirael is additionally good at closing out the game as her skills become stronger as the enemies’ numbers dwindle.