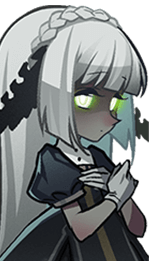 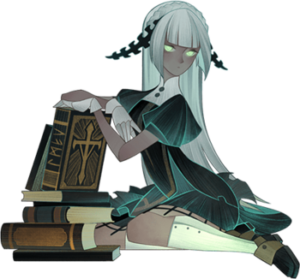 Item: Tome of the Dead

A mysterious, cursed book filled with arcane knowledge and perhaps its own will.

Each time the ability “Void Barrage” has been successfully cast 3 times it will release 2 bolts of lightning that will each target different enemies.

Isabella is a damage dealer who drains an ally’s health to boost her own damage, and helps allies focus down low-health targets.

With her ultimate skill having random targetting, Isabella gets stronger as the enemies’ numbers dwindle.

Isabella’s 2nd skill (Void Barrage) targets the enemy with the lowest health. This means that Brutus can tank Isabella easily with his 4th skill (Last Gasp), as he can stay as the lowest health member of the enemy team for up to 8 seconds. Additionally, his ultimate (Whirlwind) after level 81 also makes him immune to magic damage for the duration, which can add some additional time he can tank Isabella on top of the 8 seconds from Last Gasp. To counter this and make sure Isabella does meaningful damage to other targets, place higher damage heroes opposite to the other non-Brutus frontliner so that Isabella will target that hero instead. Alternatively, heroes that can deal immediate damage to the enemy backline can make Isabella hit these targets instead. For example, Silvina and Athalia can immediately damage an enemy backliner and make Void Barrage target them first, for a quick and easy kill.